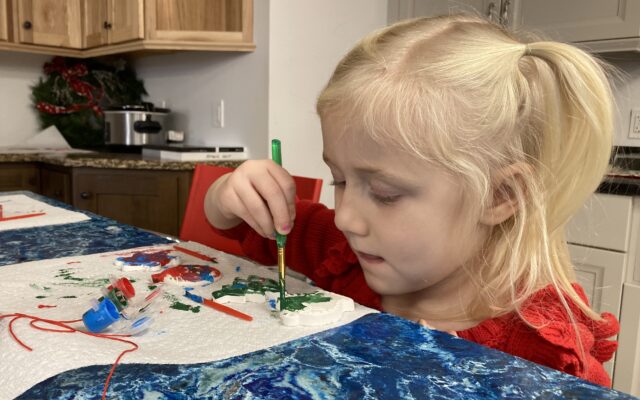 Maine’s papers are divided by circulation and whether they are dailies or weeklies for purposes of the contest. BDN’s weeklies are in Weekly 1 division, which has a circulation of less than 2,000.

Although all five of the papers had a good showing, Houlton Pioneer Times placed second in General Excellence, and Aroostook Republican & News placed third. Judges liked the hyper-local content in each paper, praising the staffs’ commitment to serving their specific communities.

The five papers collectively received 50 awards, 16 of which were firsts, 18 seconds and 16 thirds.

“I’m very proud of the staffs of all of our papers and their dedication to the purpose of a news organization — to educate, inform, hold those in power accountable and tell your good stories. Thank you, readers, for letting them into your lives long enough to tell those stories. We all look forward to continuing to serve your communities,” said Julie Murchison Harris, BDN weeklies editor.

Some awards are for individual work, while others are directed at teamwork or publications.

In photography, Joseph Cyr of the Houlton Pioneer Times took the top prize for his spot news photo of the apartment house fire in downtown Houlton that resulted in the death of a child. He also placed first in sports photo for his picture of basketball action between Southern Aroostook and Wisdom in February during the Class D North championship held in Bangor.

Valerie Royzman of The Piscataquis Observer took first in the picture story category for her series of photos from the Hometown Holidays and Festival of Lights Parade events in December in Dover-Foxcroft. It was a fun, spirited group of pictures showing the parade, craft fair, children’s activities and of course Santa and Mrs. Claus.

In the writing section of the contest, Cyr’s story in Houlton Pioneer Times headlined “Southern Aroostook downs Wisdom for D North crown” captured first place in sports game story for its clarity and good quotes. He also earned firsts in courts for his story about the state’s first courthouse dog being trained to comfort people who may be anxious in a courtroom setting; and in outdoors story for what the judges deemed an engaging profile about Al Cowperthwaite who retired after managing the North Maine Woods for 45 years.

Jessica Potila of the St. John Valley Times placed first in sports profile for her compelling story about Dennis Lavoie, who was partially blind and deaf but qualified to run in the Boston Marathon. Judges especially liked her blend of quotes and medical detail that together described Lavoie’s experience.

Bill Graves took first and second places in sports columnist for his “Mainely Outdoors” columns in The Star-Herald and the Aroostook Republican & News.

St. John Valley Times’ Hannah Catlin and Jessica Potila teamed up to cover the loss of the Dr. Levesque Elementary School in Frenchville to a fire, including pieces about the lack of sprinkler systems in that school and many others across the state, plus how the loss of the building shook the small community. That work earned them first place in Investigative Report, and accolades from the judges, who said, “These are thorough and incredibly important reports. Their communities are lucky to have these reporters.”

Kathleen Phalen Tomaselli and Melissa Lizotte of The Star-Herald and Aroostook Republican & News won top placement for Continuing Story with their reports about Fort Fairfield’s ongoing town budget issues. “Important and consistent reporting on topics that directly impact the paper’s citizens. The writing reflects heightened tensions without flaming the fire,” the judges said.

The environment in Maine is so important to residents and especially to the state’s economy. That’s why reporting on this topic is also important. Paula Brewer of The Star-Herald placed first in that category for her story about the comeback of the spruce budworm and how repurposed military planes were used to fight it the first time around. That insect caused millions of dollars in damage to the spruce and fir forests that were a cornerstone of the papermill industry in the 1970s and ‘80s.

Meanwhile in Piscataquis County, Valerie Royzman of The Piscataquis Observer has been covering a proposal to revive and expand a ski resort near Moosehead Lake. A piece on the business community’s concerns about how such a large project might affect the character of the area, even while they recognized the economic boost it would give, earned her the top spot in the business story category.

Melissa Lizotte of the Aroostook Republican & News and Joseph Cyr of Houlton Pioneer Times swept the education story category for their weekly division, with a first and second, respectively. Lizotte’s was on how the local colleges and the businesses united efforts to keep the area’s youth from leaving. “By looking deeply at the impacts of this partnership on both the education and business sides, it gave the story needed balance and further demonstrated its importance to more readers,” the contest judges said about Lizotte’s story.

Cyr’s education story about Houlton parents pleading with the school board to remove the mask mandate in the schools was fair and balanced, the judges said. “They used quotes and data well, and did an excellent job showing how to take a public meeting story and turn it into a more in-depth issue piece.”

Catlin’s story about a proposed new health care facility in Madawaska and Cyr’s piece on a snapshot of where the Houlton community was in the COVID-19 pandemic at the time received first and second, respectively, in the health story category.

The Piscataquis Observer’s Stuart Hedstrom earned a pair of second-place honors for headlines. These are feature headline for “Feel like a kid at Maison de Chevre baby goat yoga” and sports headline for “Anglers fishing to end food insecurity.”

Royzman also earned a pair of third-place honors for spot news story on a standoff in Dover-Foxcroft and environmental story on dam reconstruction at the Dover-Foxcroft water supply.