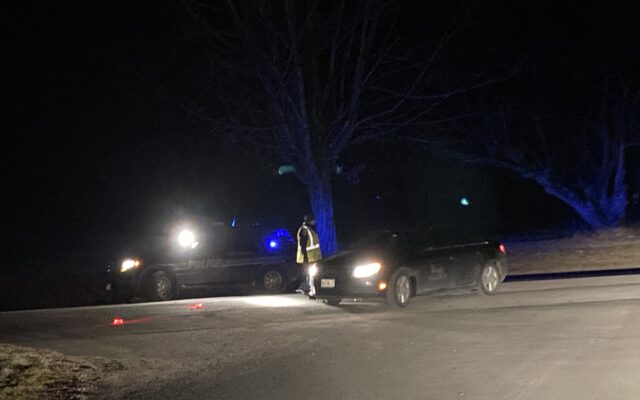 DOVER-FOXCROFT — A man who allegedly threatened his recently deceased son’s significant other with a firearm was found dead in his son’s residence following a six-hour standoff with police on Friday.

“There was an incident at the … residence with Roger Hesketh, who has lived there for a number of years with family. … We were unable to make contact with Roger,” he said.

The police department received a 911 call midday Friday from Hesketh’s son’s significant other, who Grant declined to name. The woman said there was a confrontation at the house, which resulted in her leaving the property. The threat involved a firearm, Grant said.

“It [the threat] stems from some family-related issues,” the chief said, though he did not provide details.

Hesketh’s son, William Hesketh Sr., died Nov. 11 in Dover-Foxcroft after a battle with cancer, according to his obituary. He was 54 and worked as a paramedic at Northern Light Health Mayo Hospital.

The residence on Bangor Road has been “the Hesketh homestead” for decades, Grant said. It has transitioned ownership over the years and, most recently, William Hesketh owned the house.

William Hesketh’s significant other is the executor of his estate, Grant said.

A section of Route 15 was closed for about four hours Friday, and Maine State Police were called to assist during the standoff.

“They were requested for assistance with their tactical team,” Grant said. “They just have a lot more equipment and personnel for dealing with a barricaded suspect or somebody you’re trying to establish contact with when there might be some concern.”

A police report was not immediately available. The Dover-Foxcroft Police Department is awaiting information from the Office of Chief Medical Examiner, Grant said.

An obituary for Roger Hesketh said he “passed away unexpectedly December 3, 2021, at his home in Dover-Foxcroft.” He graduated from Foxcroft Academy in 1960 and then married his first wife. They had two sons.

Roger Hesketh worked at Moosehead Manufacturing. “There are not many households in Piscataquis County that do not have a piece of furniture built by Roger,” the obituary said.

He moved to Texas, where he lived with his second wife, and eventually moved back to Dover-Foxcroft. Roger Hesketh worked in Guilford schools, according to the obituary.

The obituary highlighted that Roger Hesketh enjoyed traveling to New Hampshire to watch Nascar races with his son, William.