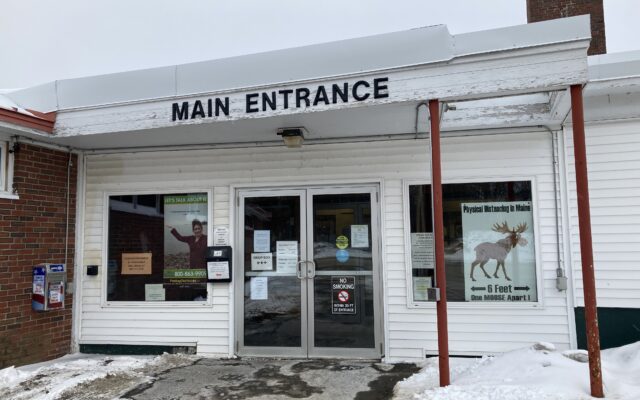 Stuart Hedstrom • September 28, 2022
DOVER-FOXCROFT — The RSU 68 superintendent and Foxcroft Academy head of school provided updates on the start of the academic year during the Dover-Foxcroft Select Board meeting Monday evening. “We have had a real smooth start to the school year,” RSU 68 Superintendent Stacy Shorey said.

DOVER-FOXCROFT — The RSU 68 superintendent and Foxcroft Academy head of school provided updates on the start of the academic year during the Dover-Foxcroft Select Board meeting Monday evening.

“We have had a real smooth start to the school year,” RSU 68 Superintendent Stacy Shorey said. She said enrollment for the pre-K to grade 8 SeDoMoCha School is 666, up by 31 pupils from the end of last spring.

Masking is optional, but students who test positive will be out for five days, and will have to wear masks at school on days six through 10, she said.

Shorey said the RSU 68 central office has moved out of the second floor of the SeDoMoCha School to 572 Bangor Road, the former home of the Charlotte White Center. She said the space at the school has been converted into a pair of special education classrooms.

“We obviously didn’t build a new building as we discussed last year,” Shorey said. She said plans to construct a central office space on the SeDoMoCha School campus did not come to fruition with project bids coming in well over bid.

The superintendent said RSU 68 had 15 open teaching positions, but all of these have been filled. The district also had nine open ed tech positions, but some of these remain unfilled.

Shorey said a $150,000 21st Century grant is providing funding for an after-school program. Students can stay for tutoring and homework help and take part in clubs such as sewing, books and intramurals. Transportation is provided afterward to central pickup spots across the area.

Foxcroft Academy Head of School Arnold Shorey said the secondary institution has also had a positive start to the year with 415 students. This represents a 3 percent increase from last year’s 400 and is up from about 375 two years ago.

Shorey said the boarding program has 60-plus students and this is anticipated to exceed 70 by the second semester. He also said about 40 percent of students are involved in fall cocurricular activities.

‘I’m noticing the more removed we are from the pandemic, the more normal student behavior is,” Shorey said.

He said morning walkers are covering laps around the Jim Robinson Field House and these numbers will pick up as the weather turns colder. Youth sports and other leagues are also playing on the field house turf.

Shorey said the building roof will be the site of a solar project, although there are still some hoops to go through.

“It is allegedly the largest solar roof panel in the state of Maine,” he said.

During the field house grand opening last month, UGE Vice President Tyler Adkins, a member of the Foxcroft Academy Class of 2003, said the field house will be topped by the largest rooftop solar installation in Maine with about 2,500 solar panels mounted there.

Adkins said energy produced by the panels will go into the grid and will offset the power consumption of the entire Foxcroft Academy campus and also the entire RSU 68 facilities on the other side of town.

Shorey said students are involved in the planning process for the school’s Bicentennial celebration with events taking place over the rest of the academic year.

On Jan. 26, students will host public presentations on school history. The plan is to have fireworks that same evening, hopefully launched from the Piscataquis River island across the street from campus, provided the surface is frozen and there is safe access. If not, the sky display will be set off elsewhere.

Jan. 31 will be the official 200th birthday and a celebration is planned that day for mid-morning.

In other business, Town Manager Jack Clukey said the select board’s promotion and development committee met a week prior with members of the Sebec Lake Association.

“We talked about the concept of putting out a wash station,” he said. “The whole idea is to protect against milfoil and all those invasive plants from entering Sebec Lake.”

Clukey said funding sources would be looked into and if found, a voluntary wash station would be erected. He said so far Sebec Lake has not had problems with invasive plant species as the water is monitored regularly.

The town manager said the Grove Street culvert project has started and the in-stream culvert work will be completed by Friday, Oct. 7.

In late March the board approved a $165,000 bid from Clark’s LLC for the installation of a Grove Street culvert to address deterioration and erosion issues.

The two bids received both came in above budget. The project scope was revised with the contractor doing only the installation and the town supplying the materials. Clark LLC, which was the initial low bidder, would contract for $165,000 for installation and improvements. Town material expenses would be $99,000 for a total cost of $264,000. A $125,000 DEP grant is going toward the Grove Street project.