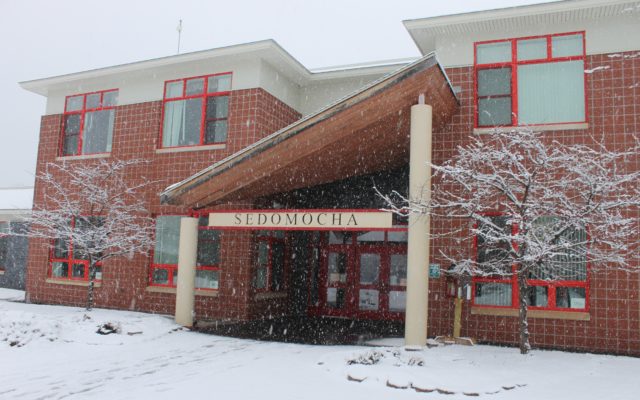 Stuart Hedstrom • December 15, 2021
DOVER-FOXCROFT – A week after residents of the four RSU 68 communities approved a referendum on Dec. 7 for the construction of a new central office building to be located on the SeDoMoCha School campus in Dover-Foxcroft, the RSU 68 school board learned more about the timeline for the project.

DOVER-FOXCROFT – A week after residents of the four RSU 68 communities approved a referendum on Dec. 7 for the construction of a new central office building to be located on the SeDoMoCha School campus in Dover-Foxcroft, the RSU 68 school board learned more about the timeline for the project.

“Our next stop will be to go out to bid in February,” Superintendent Stacy Shorey said during a school board meeting in the SeDoMoCha Elementary multipurpose room on Dec. 14. Citing what she called an optimistic schedule, the superintendent said the directors would select a contractor at the March meeting.

Groundbreaking would take place in April, “and in July we hope to be in our new building,” Shorey said about getting the space set up for operations to start in August.

On Dec. 7 residents of the four RSU 68 communities – Charleston, Dover-Foxcroft, Monson, and Sebec – voted 85 to 29 to approve the central office referendum.

“Last spring we were made aware that we were going to receive $1.7 million in American Rescue Plan funds,”  Shorey said during a public hearing on Nov. 29.

“One of the items that came up most often was a special education classroom,” Shorey said. She said other expenditures being planned are stage lighting, new classroom furniture, thematic books for each grade, and outdoor instruments.

“State law requires that any public building that increases its footprint by more than 600 square feet must have a public meeting and take it to referendum vote,” she said. The superintendent said the proposed office is a little more than 2,000 square feet or three-plus times larger than the legal requirement.

With the referendum passing, the school board formally approved the tallies at the Dec. 14 meeting. The building and roof will both go out to bid in February.

Shorey said the cost to taxpayers would be electricity and heating increases, estimated to be $1,000 annually. She said this figure is expected to be reduced by 15 percent per year as the district will share the solar power produced on top of the Jim Robinson Field House at Foxcroft Academy – currently under construction.

The building would face the end of the elementary school and playground. There will be parking spaces and a handicapped-accessible entrance. Some new trees will be planted on the site.

In other business, Shorey said the initial meeting on the 2022-23 budget preparation calendar will be during the first week of January. From there more sessions will take place into March.

“The plan would be April 5 to bring the final draft to the full board,” she said.

Once the proposed spending plan has been approved by the directors, it is moved to the annual district budget meeting in late May. The figure approved that evening goes to a referendum in the four RSU 68 communities for the second Tuesday of June.

The current district budget totals just under $12 million with a $4,754,683 local contribution.