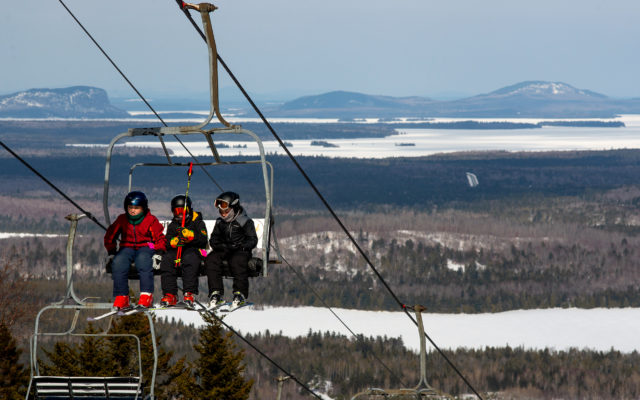 Stuart Hedstrom • April 6, 2021
DOVER-FOXCROFT — A public hearing on tax increment financing for the project to develop a ski resort with year-round attractions on 1,700 acres overlooking Moosehead Lake in the unorganized territory outside of Greenville will be part of the next regular Piscataquis County Commissioners meeting at 8:30 a.m.

DOVER-FOXCROFT — A public hearing on tax increment financing for the project to develop a ski resort with year-round attractions on 1,700 acres overlooking Moosehead Lake in the unorganized territory outside of Greenville will be part of the next regular Piscataquis County Commissioners meeting at 8:30 a.m. on Tuesday, April 20.

The hearing was scheduled when commissioners voted April 6 to move forward with the TIF agreement between developers and the county. With a TIF, new value goes back into the project and it would be capped at 80 percent for the ski resort, with future amendments possible.

Financial materials should be available by the end of the week, meeting the 10-day deadline for April 20, Andy Nelson, executive vice president of Treadwell Franklin Infrastructure Capital, said.

The ski resort would replace the Big Squaw Mountain Ski Resort with new ski lifts, a hotel, marina, condominiums and more at the site that has fallen into disrepair. A chairlift should be in place for the 2021-22 ski season. The hotel, lodge, brew pub and other amenities could open after the winter of 2021-22.

The commissioners formally backed the project in February, supporting the developers seeking up to $135 million in bonds through the Finance Authority of Maine for financing.

Plans have been filed with the Land Use Planning Commission.

Last month Nelson told county officials the state TIF program “allows us to designate a geographic area and what you’re doing is sealing in the value as it sits today.” He said the geographic area would be all 1,700 acres and include the mountain. The TIF would be in place for 30 years to match the bond terms.

“There’s no obligation for the county in any shape or form,” Nelson said. “You’re not losing any tax dollars.”

“What we are asking for is a single TIF district around the whole project but the residential housing,” he said, with a percent of the taxes going back and supporting the bond for the larger development.

After the public hearing the commissioners could vote on the program application which the Maine Department of Economic and Community Development would review for approval.

County Manager Michael Williams mentioned the possibility of some resort office space being made available for the Piscataquis County Sheriff’s Office. “If it’s right there it helps the whole UT area,” Williams said, mentioning the patrol and investigation division office is located 35-40 minutes south in Guilford.

Nelson said he would bring this request forward and get back to the county.

“Yes, that would be a very helpful thing,” Sheriff Bob Young said, saying he and Williams have had discussions on office space for the department in Greenville Junction.

Williams also said the day before he and Commissioner Wayne Erkkinen attended a meeting on the potential traffic increase in and around Greenville. The county manager said this is still being researched.

“We did get the mapping on the current coverages on the pages,” he said. Capraro said this information has been distributed to area fire departments with feedback expected by the end of the week for Normand Bouchard of Communications Design Consulting Group of Barrington, New Hampshire,.

The commissioners also approved a compensation increase request made by Joe Guyotte for county animal control coverage. Guyotte will now be paid $15 per hour, up from $10, and his monthly stipend and mileage reimbursement will remain at $200 per month and 44 cents per mile.

“I pick up everything for animals, that’s my job,” Guyotte said.

Guyotte, who also serves as fire chief in Dover-Foxcroft, handles animal control for most of the region. Various communities pay him a stipend to be on call as well as for his response time and mileage.