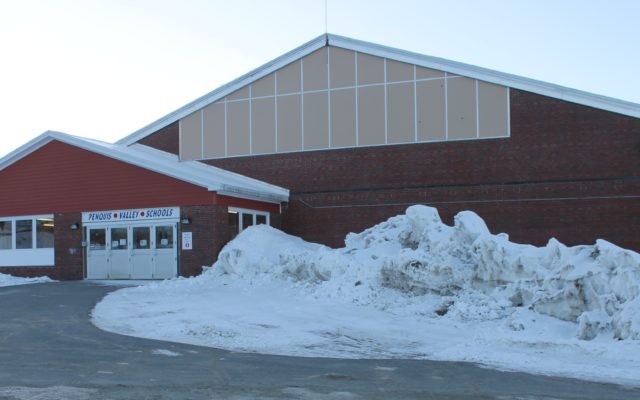 Stuart Hedstrom • January 14, 2023
MILO — With the new year underway, SAD 41 administrators have started to work on the district budget for the 2023-24 academic year.  SAD 41 is scheduled to receive its state subsidy information from the Maine Department of Education in early February, Superintendent Michael Wright told the school board during a meeting at the Penquis Valley School on Jan.

MILO — With the new year underway, SAD 41 administrators have started to work on the district budget for the 2023-24 academic year.

SAD 41 is scheduled to receive its state subsidy information from the Maine Department of Education in early February, Superintendent Michael Wright told the school board during a meeting at the Penquis Valley School on Jan. 11.

“We will be reviewing that, the subsidy we will likely get for the coming year,” Wright said about the ED 279 report.

A recommendation for funding a school resource officer may be brought forward to the budget committee, and Wright said SAD 41 would be open to working with the district towns on this position.

A school resource officer for SAD 41 would be part of a larger safety plan. Wright said he previously worked with such officers in the Ellsworth School Department.

“When you have a good one, it’s invaluable,” the superintendent said, mentioning that one school resource officer in Ellsworth taught a class and was respected by the student body.

“You never know what they will deter,” Wright said.

In other business, Milo Elementary Principal Stephanie Hurd said the school will be representing Piscataquis County in the 2023 WinterKids Winter Games. Through early February students will take part in weekly activities to get active and outside while competing with schools across the state for the chance to win prize money.

“This program is engaging and exciting for students, staff and parents as it encourages involvement from all,” Hurd wrote in her board report. The school will collaborate with Kate Fergola, the community health representative from the 5210 Program at Northern Light Mayo Hospital.

The Winter Games is a four-week series of challenges in outdoor physical activity, nutrition, family engagement and winter carnival running from Jan. 9 to Feb. 3. This year’s theme is My Wild Winter.

Penquis Valley School Principal Tina Dumond said a schoolwide “Compliment Card” program has begun. Cards are handed out as incentives for students to follow school rules and for students and staff to get recognized for the good things they do.

Compliment cards will be placed in a container in the office and several times a week the items will be pulled with the winning recipients able to choose from an individual reward list. She mentioned one student selected to shadow the principal for part of the day and another opted for a homework reprieve.

The earned cards will be calculated to determine a grade-level winner for a reward at the end of the month. Cards will also be displayed on a hallway bulletin board.

Board member Frank Cochrane said he enjoys attending school basketball games but misses the band performing on the stage as part of the athletic events.

“I’m in agreement we need to have a band at games. I’m open to suggestions,” Athletic Director Jason Mills said.

Dumond said COVID-19 restrictions limited what school bands could do, but “now we’re looking to get back into it.”

She said there is a high school band class as well as a middle school band. It may be too late to have a band perform during this basketball season. Live music could be part of the 2023-24 season potentially as a requirement for class credit or potentially for extra credit.

“I believe this is the latest we have ever had with no snow days,” Wright said. He mentioned SAD 41 has had an early release and one delayed start to the day, but at least some classes have been held on every scheduled day so far.