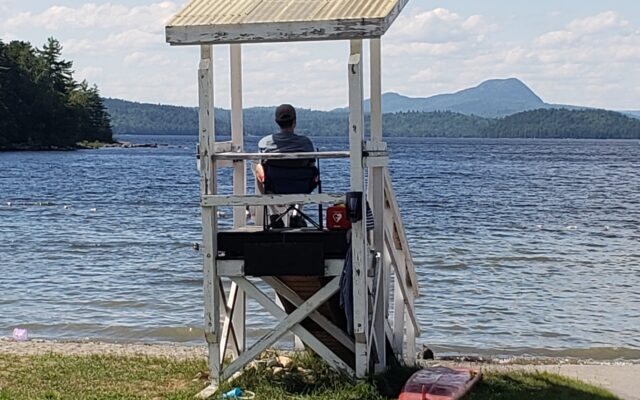 Stuart Hedstrom • November 16, 2022
DOVER-FOXCROFT — In an effort to help protect Sebec Lake from invasive plant species from boats that have been used in other bodies of water, the Sebec Lake Association wants to construct a wash station at Greeleys Landing to encourage boaters to clean their watercraft before getting in.  The drive-thru wash station would be adjacent to the town parking lot on the west side of the road.

DOVER-FOXCROFT — In an effort to help protect Sebec Lake from invasive plant species from boats that have been used in other bodies of water, the Sebec Lake Association wants to construct a wash station at Greeleys Landing to encourage boaters to clean their watercraft before getting in.

The drive-thru wash station would be adjacent to the town parking lot on the west side of the road.

The Sebec Lake Association is applying for grant funding for the $63,000 project and the application is now being aided as the Dover-Foxcroft Select Board signed a memorandum of understanding during a meeting on Monday evening.

The select board’s promotion and development committee met last month with members of the Sebec Lake Association to discuss “the potential to establish a wash station at Greeley’s Landing that would be a way to mitigate invasive species coming in on watercraft,” said Town Manager Jack Clukey. He said the program would be entirely voluntary but there would be signs up to encourage and educate boaters.

Selectperson Tom Lizotte said the Dover-Foxcroft shore properties are a big part of the town’s tax base and the wash station would be much more cost effective than trying to remove non-native plants such as milfoil that have gotten into the lake.

“The best way to keep invasive species out is to not let them in in the first place,” he said.

Dover-Foxcroft would not be contributing any funds to the wash station project, instead it would be located on town property via a $1 annual lease for at least 15 years.

Clukey has said so far Sebec Lake has not had problems with invasive plant species as the water is monitored regularly.

“We would be hopeful they would get something up and running for next summer,” he said.

In other business, a request made by Shore North Road resident and Gordon Contracting President/CEO Brian Howard for the Sangerville-based company to make improvements to the travelway was approved.

“He proposed a donation in the form of significant work on the road,” Clukey said, saying the board’s promotion and development committee met with Howard.

Gordon Contracting would reconstruct and then pave 1,500 feet of Shore North Road which runs along Sebec Lake.

When asked, Clukey said the town would have no costs other than when the pavement needs to be redone in the future.

“It’s something he’d like to get started right after Thanksgiving and get as much work done as he can this season,” Clukey said, with asphalt going in next spring.

The select board also approved the sale of the fire department’s 1999 International vehicle to the town of Brownville for $30,000, once it is taken out of service and replaced with the new truck. The $30,000 offer by the fellow Piscataquis County community falls within the range of the truck’s assessed value.

In his report, Clukey touched upon several items. He said broadband funding applications have been submitted for projects throughout the region and in Dover-Foxcroft. The results should be known before the end of December.

The town manager has been working with the climate action advisory committee on the sheltering plan and the outreach and communications plan. The Kennebec Valley Council of Government has been engaged to do this work, with the project expected to be completed by the end of May.

Later in the week Clukey will meet with Maine Department of Transportation representatives to discuss the planning partnership initiative being pursued for downtown transportation improvements and revitalization.

Town Clerk Lisa Bell Ronco gave an update on turnout at the previous week’s election. She said the number is constantly changing, but as of that day Dover-Foxcroft has 3,186 registered voters.

On Tuesday, Nov. 8, 2,039 residents voted for a turnout of 65 percent. A total of 659 absentee ballots were returned, for a third of the total participants.

Bell Ronco said under state statute, write-in candidates need to declare with the Maine Secretary of State in order to be considered on state ballots. If not, the names are instead recorded as blank.

Bell Ronco said more assistance is needed in the form of additional ballot clerks. “We are at the point where if someone doesn’t show up, we’re short,” she said.

The town clerk also said the Department of Health and Human Services inspected the Dover-Foxcroft polls to see if the set-up was ADA-compliant.

“Not only did we pass with flying colors, but she said we were the first place with chairs throughout the line so people could take a rest,” Bell Ronco said.