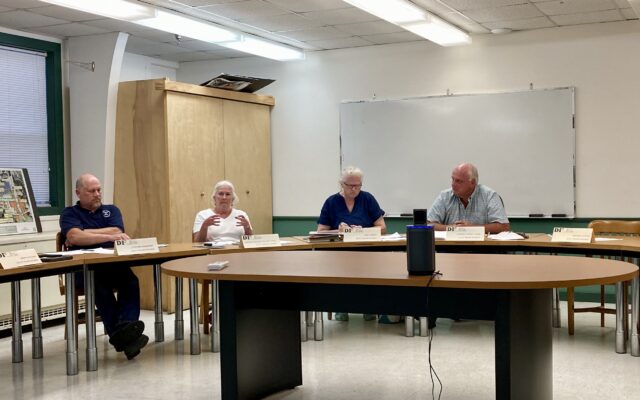 Valerie Royzman • August 24, 2022
DOVER-FOXCROFT — A Dover-Foxcroft Select Board member questioned during Monday’s meeting whether Central Hall Commons has met its intended use of the building as outlined in its lease agreement with the town. The lease — signed in 2017, then amended in 2020 — requires Central Hall Commons to pay $1 in annual rent to the town.

DOVER-FOXCROFT — A Dover-Foxcroft Select Board member questioned during Monday’s meeting whether Central Hall Commons has met its intended use of the building as outlined in its lease agreement with the town.

The lease — signed in 2017, then amended in 2020 — requires Central Hall Commons to pay $1 in annual rent to the town. The parties agreed that when redevelopment of the property reaches a point where the building is permitted to be used and occupied without restriction, they will negotiate and make changes, according to the amended lease.

A lengthy discussion about the lease ensued after Executive Director Tara Smith shared Central Hall Commons’ annual report with the board. A commercial kitchen on the first floor is the only outstanding project at the building. Select Board member Barry Hutchins asked for details about funding and a completion timeline, noting the lease hinges on the completion of the kitchen.

He asked if the building had reached the point of intended use.

Several meeting attendees chimed in. The building is being used as much as possible, said Smith, who during her presentation noted 803 events had taken place there in the last year, among a wide variety of other meetings and activities.

The catering kitchen upstairs is used for events, but it isn’t a full commercial kitchen like the one planned for the first floor. The kitchen is built but needs appliances, a ventilation system and other features to be functional, she said.

“As we all know from looking at the past 15 years of a restoration of a building that’s more than 3,000 square feet, it depends on — every step of the way — work and donations and breath and life and family and everything else in existence,” she said. “It’s difficult to put a hard and fast timeline on things.”

The intended use of the building has evolved since the restoration process began in 2012, said Lesley Fernow, who used to serve as president of Central Hall’s board of directors.

Those involved with the project planned for an adult day care center, she said. It’s a vision that hasn’t been realized and likely won’t be based on cost, finding people to staff the center and other factors.

“Intended use changes over time,” she said. “Since 2012, which was 10 years ago, there have been many reimaginings about what could go on there.”

Central Hall Commons also wanted to offer meal programming for elderly members of the community, which is where the kitchen ties in. Donors are contributing to the completion of the kitchen, but they haven’t all come forward at the same time, she said.

Several board members disagreed with Hutchins, highlighting the value that Central Hall Commons brings to the town’s residents, or they struggled to understand his point.

Select Board member Thomas Lizotte said he was involved with Central Hall Commons about 14 years ago when the town decided to vacate the building and move to the current town office.

“Central Hall’s value was pretty close to zilch,” he said. “It was a very old building that needed a ton of work. That work was accomplished, and $1.7 million was not raised by the town of Dover-Foxcroft. It was raised by the volunteers.”

The building now brings tremendous value to the community, he said. Lizotte can’t imagine a scenario where Central Hall Commons is making so much money that the town would go after a commercially reasonable lease based on square footage, he said.

The board agreed to send the lease to the town’s administrative committee.

During Monday’s meeting, the board also: