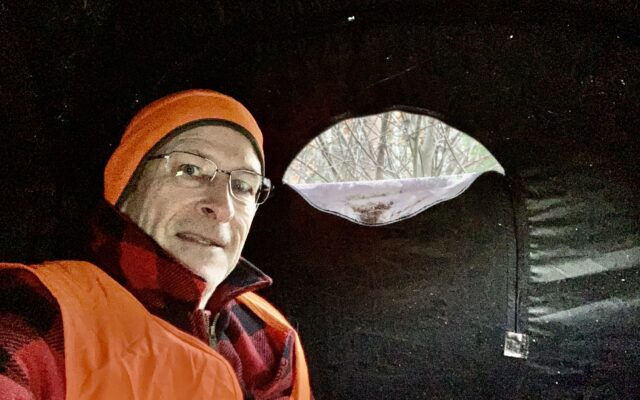 Late-season deer hunting depression is getting me down again

Contributed • November 22, 2022
By Pete Warner, Bangor Daily News Staff Pretty much every year, I reach this point — the one where deer hunting begins to take an emotional toll. Here we are in the last week of Maine’s firearms season, and I have yet to come across a good shot opportunity on a deer.

Pretty much every year, I reach this point — the one where deer hunting begins to take an emotional toll.

Here we are in the last week of Maine’s firearms season, and I have yet to come across a good shot opportunity on a deer.

I’ve been out a handful of times during the first three weeks, and I’ve done what every self-respecting deer hunter tries to do — put in the time.

There have been some long, warm days in the woods and others where the cold morning air chills you to the bone. Still, nada.

Sure, it’s great to get out and breathe the fresh air, to smell the fragrant balsam firs and the decaying leaves. It’s a beautiful experience, one where you can clear your mind for a while.

That said, the whole point of hunting is to put venison in the freezer. So if you’re still waiting for your chance, and you haven’t become frustrated during deer season, you’re not alone.

The deer sightings I had during opening week came to a screeching halt once we returned to more seasonable temperatures and the rut kicked in, altering deer behavior and movement (at least, that’s my rationale).

I don’t have the opportunity to get out as much as some diehard hunters — those folks who are in a stand or blind, or are creeping through the woods, practically every day. But that doesn’t mean I haven’t hit the wall.

Invariably, I reach a point where I’m tempted, if only briefly, to say the heck with it. You begin to question whether setting the alarm for 4:45 a.m., to get boots on the ground early, or waiting until the end of shooting light, is worth the effort.

You wonder whether you really want to keep subjecting yourself to the cold (it was 16 degrees when I arrived at one hunting spot last week), the wind and the insidious crunchy snow that gives away your every step.

It starts to play with your mind. One day, as I sat high on a ridge, I heard crunching in the leaves below me. I got into position, raised my rifle and focused on the spot where I believed the deer would step into the open.

Then, there it was — 4 inches off the ground — a gray squirrel masquerading as a trotting deer!

The more you wish for a deer to present itself, the more you hang on every sound and movement, usually to be disappointed.

Of course, seeing the deer harvested by other hunters on social media only adds to the angst, even though it’s fun to live vicariously through other people’s successes.

Maybe you even feel a little guilty about the chores and household projects you have let slide (yes, Annia, I swear I’m going to rake those leaves) in favor of packing up and heading off to the woods.

Yet the most important thing you have to do when these feelings start creeping in is to push them out of your head and stay focused, and motivated.

Any deer hunter worth their salt will tell you that no matter how bad things seem, you shouldn’t give up. The reason is simple: you’re never going to get a deer by staying in bed or sitting at home feeling sorry for yourself.

And remember that deer hunting is hard. Only between 15 and 17 percent of licensed hunters in Maine harvest a deer in a given year. Those are not good odds.

So as the clock ticks down on the final week of the 2022 firearms season, get out there and keep your head up and your eyes open. As sure as there will be a turkey on your table for Thanksgiving dinner, it’s when you let your guard down that a deer will finally be standing there right in front of you.

Keep your phone in your pocket, your rifle clutched in your hands and your attitude positive! Expect the unexpected. It’s not over until 4:28 p.m. on Saturday.

Then it’s on to muzzleloader season.