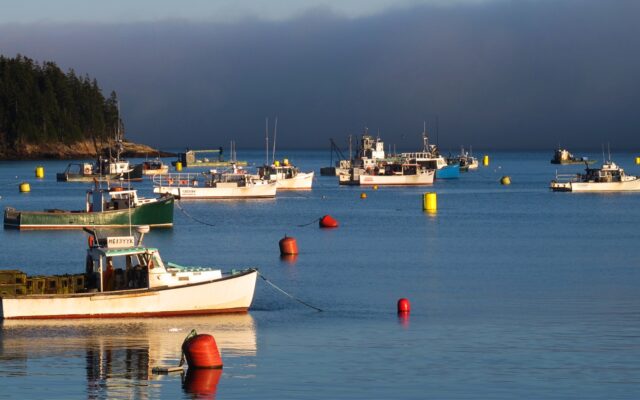 Why fewer people these days have Maine accents

Contributed • November 22, 2022
By Emily Burnham, Bangor Daily News Staff This question comes to us from Bangor Daily News Managing Editor Dan MacLeod, who noticed that while his grandfather had a great Maine accent, neither of his parents do, and neither does he.  Why do some people have Maine accents, and others don’t? If you believed some movies and TV shows, you’d think that as soon as you crossed the state line into Maine, you’d be met by legions of no-nonsense, plainspoken men and women who speak with the thickest Maine accents imaginable.

This question comes to us from Bangor Daily News Managing Editor Dan MacLeod, who noticed that while his grandfather had a great Maine accent, neither of his parents do, and neither does he.

Why do some people have Maine accents, and others don’t?

If you believed some movies and TV shows, you’d think that as soon as you crossed the state line into Maine, you’d be met by legions of no-nonsense, plainspoken men and women who speak with the thickest Maine accents imaginable. According to pop culture, lobsters practically jump out of the sea here, but there’s nary a pronounced hard “r” to be found.

The reality, of course, is much different. In fact, these days, you really have to go searching to find a proper Maine accent, generally outside of larger cities like Portland or Bangor, or tourist destinations like Ogunquit, Camden or Bar Harbor. Drive north into Piscataquis or Aroostook counties, or east to Washington County, and you’ll find an accent, by gorry.

But the Maine accent certainly is not as widespread as it was, say, a century ago, or even 30 or 40 years ago. There are several reasons for that, according to beloved Maine humorist and expert on the Maine accent, Tim Sample. Language is always evolving.

“Maine dialect circa 2022 is very different from what you’d have heard in Maine in 1922 or 1822,” Sample said. “All aspects of language, including dialect, pronunciation and colloquial terms, are constantly shifting and evolving.”

In Maine, our accent has its roots in the Yankee accent of our neighbors in New Hampshire and Massachusetts, a style of speaking that linguists say can be traced back all the way to the Colonial era. Maine, which up until 1820 was the northern territory of the Massachusetts commonwealth, shared similarities with the way folks in Boston pronounced things.

But as the decades passed, Mainers developed their own dialect with a different flavor from what our neighbors to the south had — in part due to natural evolution, and in part due to what Sample said is a desire to clearly differentiate between the locals and people “from away.”

“Some communities, whether they are aware of it or not, experience a greater ‘felt need’ for a simple, accurate method of sorting out ‘us’ and ‘them’ than others,” Sample said. “So you’ll typically encounter more pronounced accents in isolated areas such as Beals Island, Eastport and South Bristol than in more cosmopolitan areas.”

By the 20th century, the Maine accent was well-established throughout the state. But as with regional dialects all over the country, the advent of mass media like television and, later, the internet, would start to change that. People on TV tended to speak with the “general American” accent, and the creeping influence of that has had a flattening effect on some regional accents around the country.

In many ways, the perception of the Maine accent by people from Maine and from elsewhere has also been kept alive by pop culture. From the “Bert & I” stories by Marshall Dodge to the work of Sample and the characters featured in Stephen King movies to contemporary Maine accents like the over-the-top one employed by comedian Bob Marley, it’s kept the accent in the national — and Maine — consciousness.

Greater mobility also helps to change the way people speak, as people move into Maine from elsewhere, or are exposed to a wider variety of cultures and colloquialisms the more they move around the country and the world. Though Maine is the whitest state in the country, it’s still a much more diverse place than it was even just 20 years ago, both ethnically and economically.

There’s also a generational element to it. Both my grandparents had Maine accents, having been raised in coastal Maine in the 1920s and ’30s. But my mother doesn’t have an accent, despite being a Belfast native with two parents who spoke that way. I don’t really have one — except when my friggin’ car won’t start on a cold January day, or I’m stuck on hold with the cable company. Then, wouldn’t you know it, a Maine accent comes out.

Words and phrases change as well. Sample said that when he was growing up in Tenants Harbor in the 1950s, adult working men would call each other “dear” and “darling,” a usage that’s all but disappeared today. At the same time, the phrase “flatlander” (a person from away, or more specifically, city folk) has come into usage, despite it originally stemming from the southern Appalachian mountain regions of the country.

Some things have stayed the same, however. You still leave your snow shovel in the dooryard. Your kids and grandkids are still wicked cunning. Those tourists driving on Route 1 can still be pretty numb sometimes. And even if our way of speaking evolves right alongside our way of living, for some Mainers, “dear” will always have two syllables, and jeezum crow, ain’t that something.

“I’m pleased to report that the Maine accent is still alive and well, if you know where to listen for it,” Sample said. “I’ll be long gone by then, but it would be interesting to hear what the Maine accent sounds like circa 2122. All I can say for sure is that there will be one.”