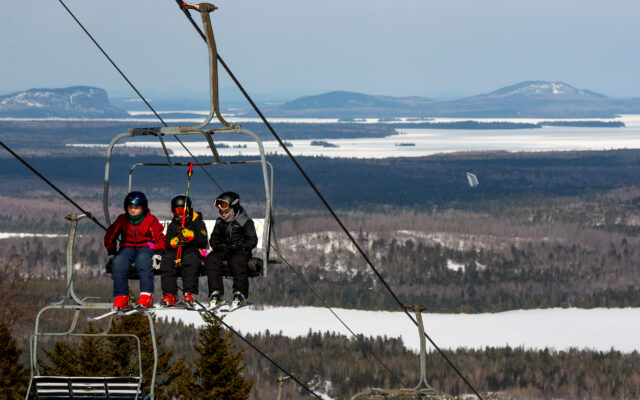 An ambitious project to redevelop a Moosehead Lake region ski resort crumbled because the developer’s financing collapsed, according to the property owner.

The project’s demise strikes down plans to rejuvenate the region with hundreds of jobs and a significant economic boost. A confluence of events — including skyrocketing material costs, a shifting investment climate, challenges from a local residents group and public hearing delays — led the resort team to step away, according to regional development officials.

“For Greenville and for the Moosehead Lake region, it really is too bad that there’s a delay now,” said Lee Umphrey, CEO and president of the Eastern Maine Development Corp., which invested in the project. “It could have really given a local boost, not just in creating jobs but making it vibrant and making it a destination while still preserving what’s already there.”

The project was a big-league effort because it had all the components for success and support from local, county and state officials, Umphrey said.

James Confalone of New Hampshire, who has owned the property since 1995, said Friday he was blindsided when developer Perry Williams of Big Lake Development LLC notified him in late September that he would not be closing on the sale.

The letter in which developers announced the update surprised Confalone because it implied he made demands that kept delaying the project, which he and his attorney said isn’t true.

A purchase and sale agreement between the two was extended 20 times while Williams worked to secure financing, a development permit and other logistics, Confalone said. Extensions were various lengths of time, depending on circumstances.

Confalone extended it so many times because he trusted Williams and believed in his vision to redevelop the mountain and strengthen the region, he said.

“A few days before the end of the 60-day period, [Williams] called me and said he can’t close because his lender had abandoned him,” he said.

Confalone did not suggest raising the property’s price or creating new terms in the contract, which has remained largely the same since 2019, said his attorney, Elliott R. Teel of Portland.

Confalone and Teel also took issue with the letter because it claimed Confalone was pursuing legal action against the state. The state is suing Confalone, who is appealing the court’s decision, Teel said.

“Needless to say, there’s no lawsuit that I was entertaining, and we were ready to close,” Confalone said.

Williams did not seek another extension after Sept. 30.

In March, Confalone appealed a Kennebec County Superior Court justice’s ruling in favor of the state ordering him to pay more than $4.5 million in damages. The court has not yet issued a decision on the appeal.

Part of the ruling — issued earlier this year following a damages hearing last December — requires Confalone and his company, Moosehead Mountain Resort Inc., to deposit more than $3.8 million into an escrow account because he failed to maintain the ski area in Big Moose Township.

In 2004, a ski lift failed, injuring four people. The lift has not been repaired or operated since then, and Confalone closed the resort in 2010. The nonprofit group Friends of the Mountain leased it for $1 a year and has operated on the lower portion of the mountain.

The group has done a good job for Greenville-area residents and other visitors in the winter, Confalone said, and members had agreed with Williams to keep caring for the area before construction began.

“It’s a shame that [Williams] went that way because we worked with him,” he said. “It’s a crazy thing, and a shame that we’re going to catch the heat.”

Williams said Thursday he had no further comment on the matter.

The year-round ski resort would include a detachable chairlift to the top of the mountain, base lodge that could function as a conference center, 63-room hotel, taphouse and restaurant, a zip-line tour ride and more, Williams said during a June public hearing in Greenville.

Umphrey said the development team will explore other funding sources to generate interest in the project.

The permit, awarded by Maine’s Land Use Planning Commission in September, is valid for two years.