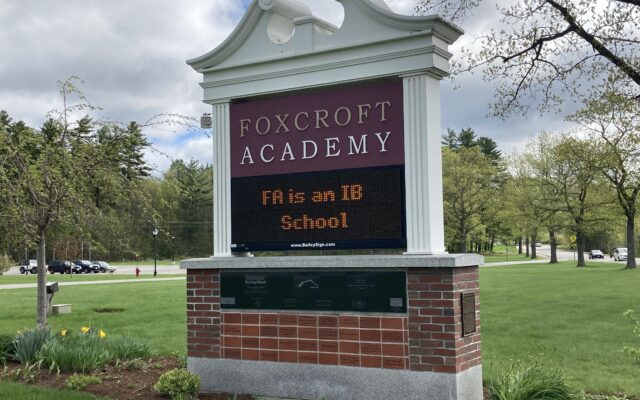 Why Maine has private high schools that serve public students

Contributed • September 27, 2022
By Emily Burnham, Bangor Daily News Staff This week’s question is a continuation of a question asked earlier in the summer about why Maine has a number of townships named for defunct Massachusetts schools. Why does Maine have town academies? It’s something that’s pretty unique to Maine: private schools that, in many ways, operate as public schools.

This week’s question is a continuation of a question asked earlier in the summer about why Maine has a number of townships named for defunct Massachusetts schools.

Why does Maine have town academies?

It’s something that’s pretty unique to Maine: private schools that, in many ways, operate as public schools. They’re known as town academies, and their history runs parallel with the development of Maine as a state with its own educational system.

Before the state began to standardize its education system in the 1890s, schooling across Maine existed in a kind of hodgepodge fashion of hundreds of independent districts. One-room schoolhouses were the most common type of school, with only larger communities having their own public high schools. With Maine’s largely rural, agricultural makeup, and with cars and buses still many decades away, big regional public schools just weren’t possible.

But private schools that offered room and board for students were fairly common. By the middle of the 19th century, there were at least 25 private academies founded by the residents of towns across the state, funded by tuition, donations and land grants given by Massachusetts, before Maine became a state. More than half of those schools are now defunct, but some still remain.

There are 12 of those original private town academies currently operating in Maine: Berwick Academy, Erskine Academy in South China, Foxcroft Academy in Dover-Foxcroft, Fryeburg Academy, George Stevens Academy in Blue Hill, Gould Academy in Bethel, Hebron Academy, Lee Academy, Lincoln Academy in Newcastle, North Yarmouth Academy, Thornton Academy in Saco, and Washington Academy in East Machias. They were all founded in either the late 18th or early 19th centuries, with the exception of Erskine, which was founded in 1883.

As Maine’s modern school districts began to take shape and public schooling began to be improved and standardized by the state, town academies remained as a kind of hybrid public-private option. The 1873 Free High School Act required towns to either establish public high schools supported by state funds, or to pay tuition to private academies to educate their residents — an arrangement that exists to this day.

Thus, these private schools, some of which have been in operation for more than two centuries, can have a student body that’s made up mostly of public school students. Some schools, including George Stevens in Blue Hill and Thornton in Saco, can have anywhere from 75 to nearly 100 percent of their students as public tuition enrollees.

Other schools in Maine operate in similar ways, though they aren’t among the original town academies. Maine Central Institute in Pittsfield and John Bapst Memorial High School in Bangor also accept town tuitioning students, though they were never traditionally known as “town academies.”

There are also public high schools, including Hampden, Monmouth and Robert William Traip in Kittery, that are called academies, and were all originally private schools that became public schools at various points in their histories. Mattanawcook Academy in Lincoln was always a public high school, however.

It’s all a bit complicated, but like so much in Maine — from town meetings to country fairs — it’s got its roots in something that belongs to another era in another century. And yet, somehow, it all still works.