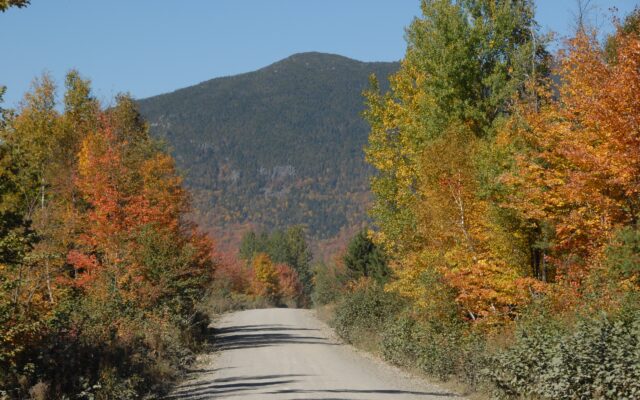 Valerie Royzman • September 21, 2022
DOVER-FOXCROFT — Piscataquis County Commissioners gave conditional approval to a snowmobile club and wilderness trust group that want to repair several abandoned roads in an unincorporated township and make them accessible to snowmobilers and pedestrians. The two roads — Levenseller and Crosby roads — once belonged to the town of Atkinson, which, after four attempts, dissolved its local government in 2019.

The two roads — Levenseller and Crosby roads — once belonged to the town of Atkinson, which, after four attempts, dissolved its local government in 2019. The roads were abandoned in the 1970s because funding wasn’t available to maintain them, and they are in poor condition, George Bakajka of the Northeast Wilderness Trust told Piscataquis County commissioners during a meeting Tuesday.

Snowmobiling and other outdoor recreational activities are huge in Maine, and Piscataquis County is a popular destination. Repairing these roads would add to the already massive network of passages throughout the county.

The wilderness trust group and Cold Smoke Riders, a snowmobile club based in Atkinson, want to see the troubled roads become safe and usable again and are seeking about $130,000 in grant funding from the Maine Natural Resource Conservation Program. Levenseller Road repairs would help people living in and around the area who deal with flooding and other issues. Along Crosby Road, snowmobilers would have more room to ride.

“At this point, the bridge [on Levenseller Road] has pretty much collapsed, and it has been collapsing for years,” Bakajka told commissioners, noting major flooding anytime water is high.

About 15 property owners live near Levenseller Road and need to access their land across the bridge and 600 feet of wetland, he said.

If awarded the funding, the snowmobile club would be the main grant holder, Bakajka said. The Northeast Wilderness Trust is based in Montpelier, Vermont, and protects landscapes across New York and New England, including 29,475 acres in Maine, according to the organization’s website.

The two organizations want to build a new wooden bridge to replace the old one and a permeable road bed across the wetland so water can seep under the road. Levenseller would also have at least two emergency spillways, Bakajka said.

“The town [of Atkinson] made clear over the decades that there was no money to be spent on that road,” he said. “Everybody accepts that at this point. Nobody is asking the county for any help with this, other than approval and permission.”

Although the former town abandoned the road, it retains a public right of way held by Piscataquis County. The organizations needed approval from commissioners before moving forward with permitting from Maine’s Land Use Planning Commission and possibly the state Department of Environmental Protection, Bakajka said.

“Snowmobile and ATV clubs in Piscataquis have stepped up over the last few years to assist in situations like this,” Chairman James White said. “I think that’s a great use for a right of way.”

Crosby Road — owned by the Northeast Wilderness Trust and Charles Fitzgerald and used mainly as a snowmobile trail — isn’t passable and hasn’t been for decades, Bakajka said.

At some point, beavers buried the culvert there and now a two-foot dam sits on top of the road, he said. This is problematic for the snowmobile club in the winter, he said, and rain and snowmelt lead to slushy conditions on the road.

The organizations are proposing to remove the culvert and some of the road fill so the road can be restored to its natural condition, plus gates would be added. This project is expected to cost about $30,000. Crosby Road would be maintained as a snowmobile trail and could also be used for foot traffic, Bakajka said.

Commissioners gave their approval on the projects, with the condition that if gates are put in, emergency personnel should have a key to access the area. White mentioned an instance from several years ago where a forest ranger had trouble putting out a fire because of limited access to an area in Piscataquis.

The Northeast Wilderness Trust has also been working on hiking trails, including a completed one off Maple Road that goes down to Crosby Road and loops back, Bakajka said. The group wants to build another that would include Levenseller Road and total eight miles. Commissioners approved the project.

“All we would do is put some markers on the side of the road so people know where to go,” Bakajka said. “People would walk on the road, sort of like they do now, but it would be a formal walking trail that would connect with other trails on Northeast Wilderness Trust’s land.”