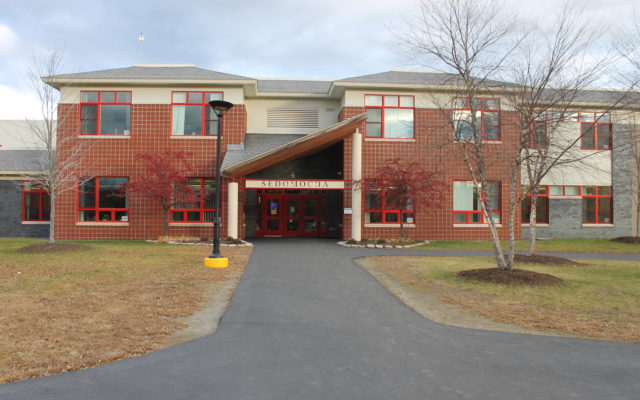 Stuart Hedstrom • September 7, 2022
DOVER-FOXCROFT — To cope with a shortage that is affecting area districts as well as school units across the state and country, a pair of substitute teachers at the SeDoMoCha School have worked to launch a substitute training program for RSU 68.  The school board learned more during a regular meeting on Tuesday evening.

DOVER-FOXCROFT — To cope with a shortage that is affecting area districts as well as school units across the state and country, a pair of substitute teachers at the SeDoMoCha School have worked to launch a substitute training program for RSU 68.

The school board learned more during a regular meeting on Tuesday evening.

Jane Conroy, who has been substitute teaching at SeDoMoCha for about a decade, said that schools everywhere have been dealing with a substitute shortage. She and Karen Goodman, who began filling in last year after having retired from her teaching career, decided to come up with a training program to help remedy the issue in RSU 68.

“There are things as a substitute I would want to know,” Goodman said. She mentioned information such as important phone numbers in school and what to do if a lesson ends early as topics presented to the potential substitutes.

“We went over what it means to be a substitute in this district,” Goodman said. She said subs can specify their preference for filling in to just one grade level or just a single day of the week.

“Hopefully that will build a nice helpful list for both of the secretaries,” Goodman said.

Conroy said an actual substitute plan was shared during the workshop. Attendees came up with their own questions such as volunteers in the classroom, handling bullying and cellphone use.

SeDoMoCha Principal Adam Gudroe said he appreciates the effort. “This will hopefully not only improve our sub pool but make sure our subs are well prepared and welcome at our school,” he said.

School board Chairperson Jenny Chase said the substitute training program is a great idea. She said it would be intimidating for her to fill in for a teacher.

In other business, Gudroe told the directors about the first week of classes.

He said enrollment is 665 pupils, up by 31 from the end of last spring.

“We registered 78 new students to our district over the summer and we continue to register new students,” the principal said.

Gudroe said he is excited about a foreign language course being offered to older middle school students with the Duolingo educational program. Pupils will be learning Spanish for several weeks and then they will vote on the next language they would like to experience.

He said on Sept. 15 the annual One Book, One School shared family reading program will kick off with this year’s novel being “Matilda” by Roald Dahl.

“Fun Fridays” are a new addition to the school, Gudroe said. He explained teachers will pick songs to play as students enter the building in the morning and there will be trivia contests with prizes.

Foxcroft Academy Head of School Arnold Shorey said classes began with 418 students, including 65 in the boarding program. One year prior, the head of school said enrollment was 394 to start 2021-22.

He said students are involved in the planning process for the school’s Bicentennial celebration with events over the rest of the academic year. Shorey mentioned a public presentation in late January, the annual Masquerade Ball in late fall to feature a 19th century theme, and a sideburn growing contest.

“We’re having a lot of events for adults and a lot for students,” Shorey said.