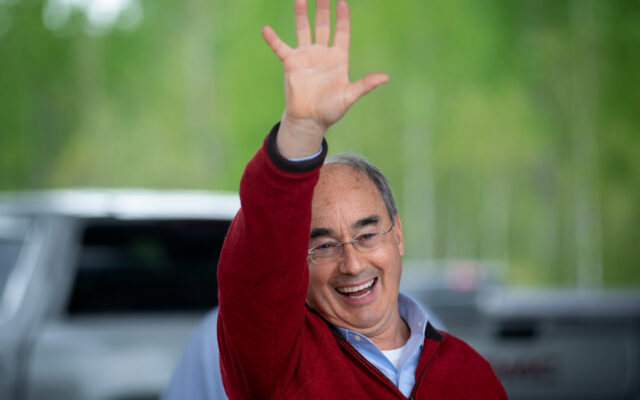 Former U.S. Rep. Bruce Poliquin easily won the Republican primary in Maine’s 2nd Congressional District on Tuesday, setting up a rematch with U.S. Rep. Jared Golden, a Democrat who unseated him in 2018.

The Bangor Daily News and Decision Desk HQ, its national election results partner, called the race at 10:23 p.m. With 24 percent of estimated votes in, Poliquin led with 61.4 percent to 38.6 percent for challenger Liz Caruso, a Caratunk selectman.

His victory marks the beginning of what could be a charged congressional election, as Republicans have made Maine’s 2nd District a top target this fall as they look to take back control of the U.S. House. Golden is one of only five Democratic incumbents running for reelection in a district also won by former President Donald Trump in 2020, according to the University of Virginia’s Center for Politics.

Poliquin, a former two-term representative who lost to Golden in 2018, was the heavy favorite in the primary against Caruso, a relative political newcomer who worked on the anti-Central Maine Power Co. corridor campaign but was running for Congress to Poliquin’s right. He raised more than $2.1 million going into the primary, according to mandatory campaign finance filings, compared with just $36,000 for Caruso.

Poliquin, also a former state treasurer, won an open seat in 2014 over then-state Sen. Emily Cain, D-Orono, and defeated Cain again in 2016. He narrowly lost to Golden in 2018 in the first Maine election to be decided by a ranked-choice runoff.

Ranked-choice voting will be in play again this year as lawyer Tiffany Bond of Portland, who earned just shy of 6 percent of the vote in 2018, also qualified for the ballot as an unenrolled candidate.

The major party candidates are entering the general election cycle with similar amounts of money. Poliquin reported just over $1.9 million cash on hand as of May 25, while Golden reported about $70,000 less. Outside groups have also pre-booked millions in TV ads.

The 2nd District underwent minor changes under redistricting, with Augusta among the municipalities newly in the sprawling rural district. The change marginally benefits Democrats. If the 2020 presidential election were held under the new maps, President Joe Biden would have picked up about 4,100 more votes in the 2nd District, but still would have lost it.

Ryan Traske, 35, was among the Republican voters who cast a ballot for Poliquin in Augusta on Tuesday. He cited a personal connection to the former congressman.

“Bruce is a nice guy,” Traske said. “My whole family knows him.”