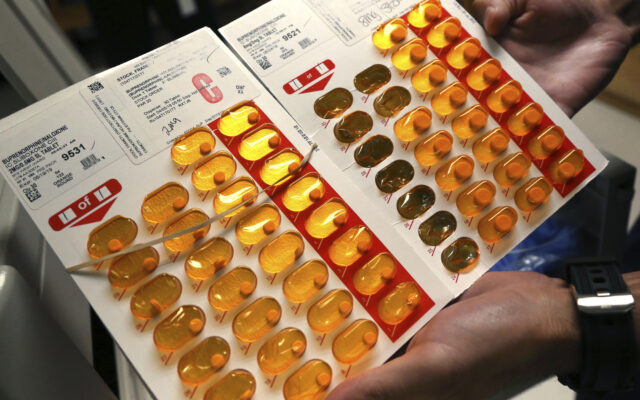 Stuart Hedstrom • June 6, 2022
A county with virtually no treatment centers for opioid addiction had the second worst fatal overdose rate among rural counties last year in Maine. At first glance, 11 suspected and confirmed overdose deaths during January through December 2021 in Piscataquis County doesn’t appear significant compared with many of Maine’s other counties, according to data from the Maine Drug Data Hub.

A county with virtually no treatment centers for opioid addiction had the second worst fatal overdose rate among rural counties last year in Maine.

At first glance, 11 suspected and confirmed overdose deaths during January through December 2021 in Piscataquis County doesn’t appear significant compared with many of Maine’s other counties, according to data from the Maine Drug Data Hub. Neighboring Somerset County, for example, had 26 fatal overdoses in that time frame, and Oxford County had 28.

The severity of opioid addiction in Piscataquis — with its 17,165 people, according to census data from July 2021 — is a much more striking problem when considering the rate of fatal overdoses last year per every 1,000 residents.

Piscataquis County had the second highest rate of suspected and confirmed fatal drug overdoses per 1,000 people last year among rural counties in Maine, falling just behind Washington County, an analysis of U.S. census and Maine Drug Data Hub information shows. That is why medical professionals have been pushing for more treatment options, but some residents believe it’s not a severe enough issue to warrant a clinic dedicated to opioid addiction.

Out of every 1,000 residents in Piscataquis County, 0.64 died from an overdose last year, data show. That rate was 0.80 in Washington County, although there are treatment centers there.

Other rural counties across the state — Aroostook, Franklin, Hancock, Knox, Lincoln, Oxford, Somerset and Waldo — had lower rates and are more populated. Rates ranged from about 0.27 fatal overdoses per 1,000 people in Franklin and Knox to 0.57 in Aroostook.

Penobscot County’s rate was close to Piscataquis, with about 0.69 fatal overdoses per 1,000 people last year.

In Dover-Foxcroft, a treatment center that would offer Suboxone, the brand name of a medicine that contains buprenorphine and naloxone, was proposed for downtown and came before the town’s planning board last month. Residents packed the town office and weighed the benefits of a treatment center against the risk of exposing children to those seeking treatment and potentially changing the character of their downtown, among other concerns. The proposal is now on pause.

There are no residential programs in the county for detox or recovery, he said. Katahdin Valley Health Center in Brownville and Hometown Health Center in Dexter, just outside of Piscataquis, don’t offer services for opioid use disorder.

About 120 people are enrolled in medication for opioid use disorder treatment programs, or MOUD, in Piscataquis County, McDermott said.

“Patients who are hospitalized at Mayo with an opioid use disorder can begin MOUD treatment as an inpatient and bridge to an outpatient practice after discharge,” he said. “We are working to build more capacity to initiate treatment in the emergency department for patients there who struggle with [opioid use disorder] and want to enroll in an MOUD program.”

Piscataquis County residents also travel outside the county for treatment, though how many is difficult to quantify. Bangor appears to have the largest cluster of treatment options outside the area, though not all of them offer medication for opioid use disorder. Somerset County and Millinocket also have facilities.

The opioid epidemic affects Maine’s rural areas differently compared with more populated areas, said Gordon Smith, the state’s director of opioid response. People aren’t likely to find robust sources of treatment within a reasonable drive in Piscataquis, but finding and retaining workers for a new treatment clinic in the area could be challenging, he said.

“In the same way that providing medical care is difficult in some areas, if you take a subset of that medical care that’s already stigmatized — mental health and substance use disorder — it makes it more difficult for people to find treatment, to find allies, to drop into a recovery center,” Smith said.

Rural counties like Piscataquis County have always dealt with significant poverty, transportation issues and workforce shortages, and the COVID-19 pandemic layered on top led to more isolation, he said. People attending 12-step programs for recovery, for instance, suddenly had to go virtual, and some couldn’t because they don’t have internet.

It wasn’t surprising that overdoses and mortality rates for overdoses increased throughout the pandemic, Smith said.

Although it’s difficult to track the prevalence of active substance use in an area, data from national surveys and state sources highlight the need for more services in rural counties like Piscataquis, Smith said.

Among the plans the state has to help people with addiction include growing the number of low-barrier access in emergency rooms statewide, expanding telehealth options and robust education for medical professionals, including those in emergency departments who can connect patients to community providers. Other efforts are outlined in the state’s 2021 opioid response strategic action plan.

“We need to acknowledge that we are not immune to this national challenge, that opioids have taken over the lives of many of our residents and actually have taken the lives of many more,” McDermott said. “There are good tools that can help to give individuals back control of their lives and return to the workforce.”

For those interested in enrolling in recovery programs in Piscataquis County: Call Northern Light Primary Care in Milo at 207-943-7752 or C.A. Dean Hospital at 207-695-5238. Pregnant women or women in recovery planning for pregnancy can call Northern Light Women’s Health at 207-564-4470 for an appointment and to discuss care.