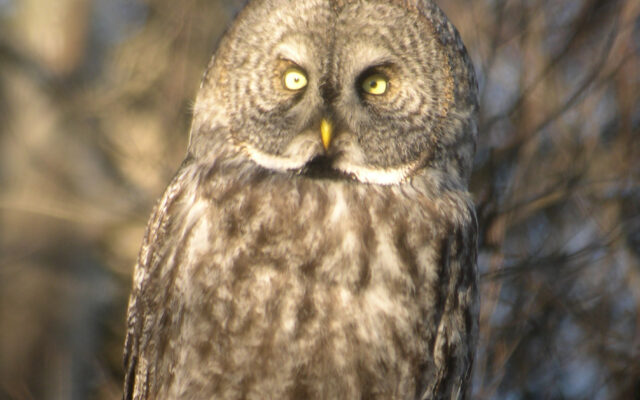 Hey, birders! Our feathered friends aren’t as eager to get a close look at you.

Contributed • January 16, 2022
By Bob Duchesne Just so you know, the now-legendary Steller’s sea eagle has spent much of the week around Boothbay, glimpsed by a few people, missed by most. How can a bird the size of a Prius be so good at hiding? Naturally, its ability to elude birders is only encouraging more vigorous pursuit.

Just so you know, the now-legendary Steller’s sea eagle has spent much of the week around Boothbay, glimpsed by a few people, missed by most. How can a bird the size of a Prius be so good at hiding?

Naturally, its ability to elude birders is only encouraging more vigorous pursuit. Hundreds of binocular-wearing people continue to hunt for it, in Boothbay and elsewhere.

In general, the merry crowd’s behavior rates a 9 on a scale where 10 is the Common Ground Fair and 1 is storming the U.S. Capitol. Nonetheless, this might be a good time to talk about birding ethics.

The American Birding Association was founded in 1969 as an organization dedicated to recreational birding. There has long been an unwritten understanding about how to watch birds without harming them. The association put those understandings in writing.

Its Code of Ethics is considered to be the gold standard, often adopted by other birding groups, organizations and societies. A significant part of the code addresses the need to conserve birds and their habitats in general. These principles range from keeping cats indoors to preventing window strikes, cleaning bird feeders, landscaping appropriately and even drinking shade-grown coffee.

The code also advises birders on how to interact with each other: respecting people of all skill levels, sharing knowledge freely, reporting significant observations and guiding group behavior.

The code becomes more specific when it involves rare and sensitive birds. We humans have fashioned a lot of creative ways to mess things up. The code admonishes against stressing birds or exposing them to danger, especially around nests, roosts, displays and feeding sites. Of course, these are the same places where it can be easiest to observe them.

Audio playbacks can sometimes draw in birds. But they can also be used improperly or just plain overused. I’ve used audio a time or two or many. Judging my own behavior over the years, I don’t think I’m going to hell, but I may have to spend a little time in purgatory before heaven lets me in.

The code is straightforward about whether to approach rare, threatened or endangered birds, or use audio tricks to draw them in. One word: Don’t. Our celebrity Steller’s sea eagle has mostly kept its distance from people, choosing to perch on inaccessible islands and remote treetops. There have been a few instances where somebody approached too closely on foot or by kayak, flushing it, but mostly the crowd hasn’t crowded.

Other birds aren’t so lucky. Owls can be stressed and sensitive in crowded situations, and there are three northern owls that sometimes visit Maine in winter. Northern hawk-owls and great gray owls don’t appear every year, but there has been a big upswing in the number of snowy owls arriving annually.

All these owls are far from their home territories and doing their best to survive. They are also unfamiliar with people, given how far north they nest. Too much human attention can keep owls from hunting, or drive prey away from them, or even flush them into oncoming traffic.

The obvious question is: How close is too close? The short answer is: If the bird is watching you, you’re too close. That does make things tricky. Some birds are more sensitive than others.

In my personal experience hawk-owls are unimpressed by people, great gray owls are unconcerned and snowy owls are uncertain. However, given the natural human tendency to want a good look at something rare, even the most innocent disturbance can happen to any owl. It has become common practice in recent years to avoid disclosing the location of rare owls, lest they suffer from excess attention.

The birder association’s Code of Ethics is explicit about respect for laws and the rights of other people. Never enter private property without the landowner’s permission. Know the laws, rules and regulations where you are. For instance, audio playback is prohibited in many refuges and parks, including Baxter State Park. Many coastal nesting islands are off limits during nesting season, and dogs off leash are prohibited on some beaches.

Lead us not into temptation. Sometimes for a birder, it’s like having an angel on one shoulder, whispering “Don’t get any closer,” and a devil on the other whispering, “Just a few more steps and you can get a great photo!” The code sides with your angel. There’s no need to approach a bird too closely. That’s what the binoculars are for.