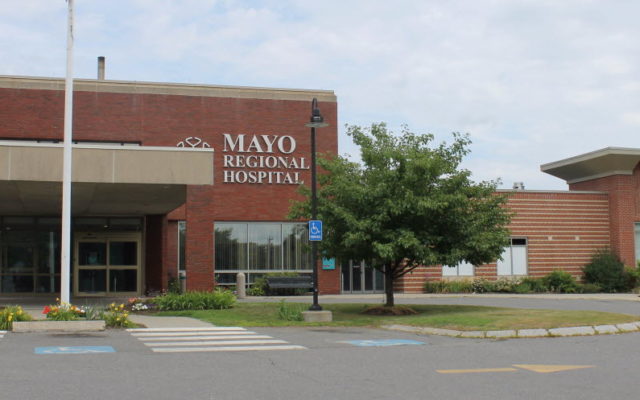 Contributed • January 13, 2022
By David Marino Jr., Bangor Daily News Staff A record number of Mainers are hospitalized with COVID-19, and health officials and epidemiological projections point to that number growing far higher amid a surge of the highly contagious omicron variant.

A record number of Mainers are hospitalized with COVID-19, and health officials and epidemiological projections point to that number growing far higher amid a surge of the highly contagious omicron variant.

More than 900 beds will be needed for COVID-19 patients when hospitalizations in the state are expected to peak on Feb. 18, according to a projection from the Institute for Health Metrics and Evaluation at the University of Washington. That is more than double the 413 Mainers hospitalized with the virus on Wednesday, which set another record for the state.

The institute’s models have been widely cited throughout the pandemic. Though its specific numbers don’t always pan out, the model highlights the virus trends health providers can expect in the coming weeks as the omicron variant continues to spread.

The institute’s current model for Maine also says that daily COVID-19 cases will peak in Maine on Jan. 31, with 19,041 people actively infected throughout the state, which is around 1.4 percent of Maine’s population. It estimates that 12,208 people were infected as of Wednesday at 12,208, meaning that figure will grow 56 percent before it peaks.

Maine’s hospitals are already being pushed to the brink, seeing a staffing shortage and a significant number of health care workers out due to COVID.

Though it remains unclear if the hospitalizations peak will be as bad as the projection indicates, experts are united in believing that omicron cases will increase significantly across Maine in the coming weeks, which could be disastrous for hospitals.

The clearest solution, experts said, is for the roughly 277,000 eligible Mainers who have yet to get a single shot to get vaccinated.

Maine Center for Disease Control and Prevention Director Nirav Shah said that he had followed the Institute for Health Metrics’ models since the beginning of the pandemic. Some projections had been “spot on,” he said, while others had missed the mark.

“That would be a challenge at that number,” Shah said. “But we are working with hospitals every single day to make sure that to the extent that they’ve got needs that we can help fill, we’re right there with them.”

Whether hospitalizations grow that high, a significant increase would result in more hospitals shifting to crisis staffing mode, Shah said. Under U.S. Centers for Disease Control and Prevention guidelines released last month, workers who are actively infected with COVID are permitted to work in hospitals during crisis staffing.

Only one hospital in Maine is known to have done that so far: ​​St. Mary’s Regional Medical Center in Lewiston, having allowed COVID-positive employees to work amid a severe staffing shortage that constituted crisis staffing under the federal guidelines.

Shah said that St. Mary’s had not contacted the Maine CDC about that shift, noting that it is not legally required to under the “self-executing” federal guidelines

“No COVID-positive employees are working,” he said.

Even though the state has experienced record hospitalizations and case rates in recent weeks, Maine has still seen the second lowest coronavirus infection rate in the U.S. over the past week.

But the state has often experienced regional and nationwide virus trends weeks after other states.

Dr. Gavin Ducker, who oversees primary care doctors in Northern Light’s system, noted that Maine has typically followed trends seen in its more populous neighbor, Massachusetts, two to three weeks later. Massachusetts has seen an unparalleled coronavirus surge among the most sizable in the country, though new data appear to show that the virus has peaked in the Boston area.

“We’re probably in for a very rocky month,” Ducker said.