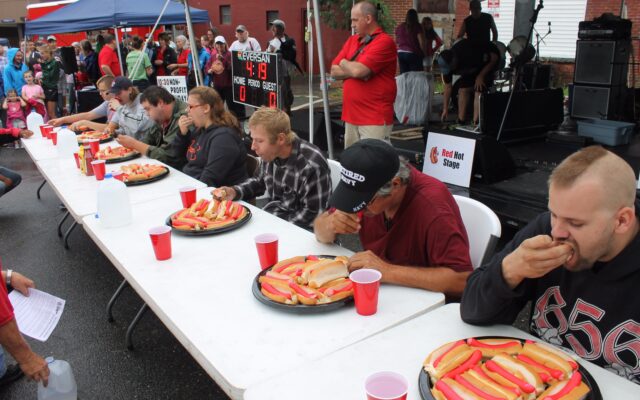 Contributed • January 6, 2022
By Emily Burnham, Bangor Daily News Staff Alongside lobster, blueberry pie, fiddleheads, bean hole beans and whoopie pies in the pantheon of iconic Maine foods is the red hot dog, or red snapper, a local delicacy found nowhere else but on the grills and stovetops of Mainers. Or so we thought.

Alongside lobster, blueberry pie, fiddleheads, bean hole beans and whoopie pies in the pantheon of iconic Maine foods is the red hot dog, or red snapper, a local delicacy found nowhere else but on the grills and stovetops of Mainers.

Or so we thought.

Turns out, the red hot dog — dyed its distinctively unnatural pinkish-red color, and made by Bangor’s own W.A. Bean and Sons — is far from a Maine-specific treat. In fact, red hot dogs are found all over the globe, each variety with its own unique texture, flavor and origins, and each inspiring its own kind of culinary devotion.

While other places might not have their very own festival celebrating their weenies, like Maine’s annual Red Hot Dog Festival held in Dexter, they are just as passionate about their colorful dogs as we are.

Take, for example, the red hot dogs found in North Carolina, made by Smithfield-based Carolina Packers, a meat-processing company located 30 miles outside of Raleigh. The company calls its red dogs Bright Leaf Hot Dogs, named in honor of the region’s tobacco industry. But while Maine’s red hot dogs are packed in a natural casing that famously “snaps” when you bite into it, Carolina red hot dogs are a bit softer, and with a different spice blend.

Another North Carolina company, Jesse Jones, also makes red hot dogs, and is most famous for selling its dogs to NASCAR’s Martinsville Speedway in Virginia, where the concession stand’s most popular and long-standing treat is its red hot dog, topped with mustard, chili, a vinegar-based slaw and onions.

And in Macon, Georgia, Nu-Way Weiners have been making red hot dogs for over 100 years — and these dogs are not only red, but also reportedly have the “snap” that Maine dogs also have.

Heading farther west, North Dakota also prides itself on a red dog, with local meat packer Cloverdale Foods producing a colorful dog that’s sold in stores both in North and South Dakota. Like in Maine, they’re usually eaten grilled, or as a side dish with macaroni and cheese or baked beans.

Though hot dogs in general are a distinctly American food — albeit with culinary roots in Germany — other countries love hot dogs as much as we do here in the states. In Denmark, red hot dogs, known as rød pølse in Danish, are served at the country’s ubiquitous hot dog stands. Danes purportedly believe that the reason their dogs are dyed red is because, in the early 20th century, day-old sausages were dyed red to signify that they weren’t fresh anymore, though they were certainly still edible.

On the other side of the globe, the Philippines also have a love affair with red hot dogs. The company Pure Foods makes a line of red hot dogs called Tender Juicy that are especially popular with children, and have a spice blend that’s distinctive to the islands. In addition to being eaten on a bun, they’re also eaten with rice, sauteed with vegetables, and even enjoyed on a stick with marshmallows at children’s birthday parties.

As much as we’d like to think that red hot dogs are something unique to Maine, they’re simply not. But it’s also kind of cool to think that we’re part of an odd, elite group of culinary cultures around the globe that prefer a wildly colored wiener. Next time you’re in Copenhagen or Manila, you’ll feel right at home.