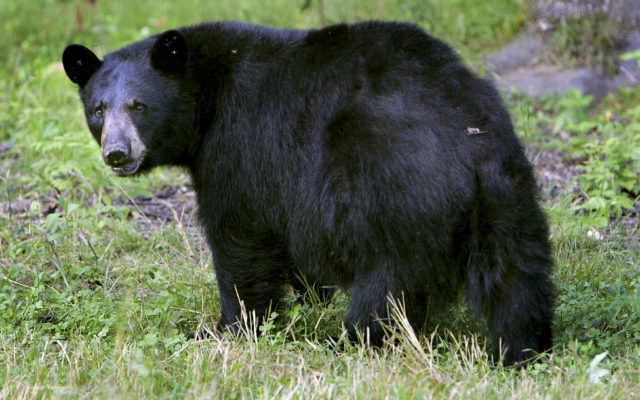 A longtime hunter captured these northern Maine bears on video

For nearly 40 years, the Augusta native pursued one of his passions, baseball, during the spring and early summer. He worked as an umpire at the high school, college and professional levels.

Parquette’s outstanding efforts as an umpire across Maine, throughout New England and around the country in 2019 earned him a place in the Maine Baseball Hall of Fame.

But when fall rolls around, Parquette’s favorite place to be is in the woods. He has harvested a couple of whitetail bucks that weighed more than 200 pounds.

More recently, he has expanded his efforts to include black bear hunting and has enjoyed success in that endeavor as well.

“I’m 73 years old and have been deer hunting since I was 15 years old and took up bear hunting seven years ago,” said Parquette, who worked at Central Maine Power for more than 40 years.

This season, the Windsor resident returned to Loon Lodge near Allagash Lake, northwest of Baxter State Park, to hunt bears.

“I have been fortunate to harvest three bears and decided this year to hunt with a crossbow and only shoot a bear of 250 pounds or more,” Parquette explained.

Ultimately, such an opportunity didn’t present itself. Instead, Parquette used a different shooting approach.

He used his camera to capture the attached video footage of bears visiting a bait site.

“[I] elected to have them grow bigger and hopefully see them next year,” he said.

Parquette previously spent the winter months as a high school and college basketball official for 35 years, but now keeps warm in Florida.

Thanks for the great video Mike!