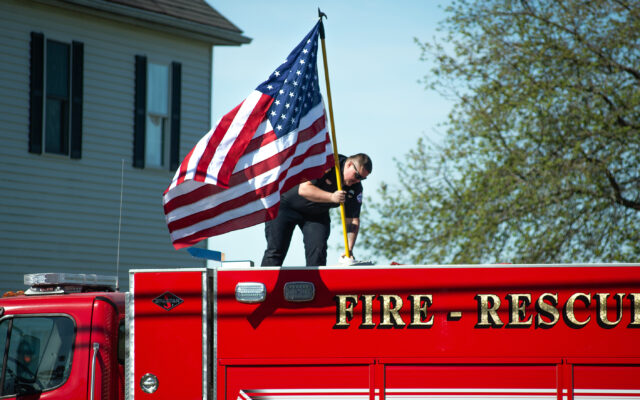 Contributed • July 28, 2021
By Lia Russell, Bangor Daily News Staff Small-town fire departments in Maine have struggled for years to recruit volunteer firefighters and pay to maintain the equipment and buildings they need to respond to emergencies. In response, some have turned to larger fire departments in neighboring towns to provide protection for their residents.

Small-town fire departments in Maine have struggled for years to recruit volunteer firefighters and pay to maintain the equipment and buildings they need to respond to emergencies. In response, some have turned to larger fire departments in neighboring towns to provide protection for their residents.

Howland and Corinna are two such towns whose fire departments have for years been responsible for fighting fires in smaller surrounding towns. If the latest earmark requests from Maine’s congressional delegation are approved, the two towns would receive a total of $4 million to outfit their fire departments with new buildings to account for increased demand from the neighboring communities they serve.

Sens. Susan Collins and Angus King are asking for $1.7 million in federal funding to upgrade a building in Corinna to become a working firehouse. King also asked for $2.3 million to cover the cost of a new building that would house municipal offices and fire and emergency services for Howland and the communities the town’s fire department covers.

Despite having a population of only 1,207, Howland has become responsible for fire protection in more than a half dozen other communities that cover a 250-square-mile area, Chief Josh McNally said.

That’s a reflection of those communities’ difficulty in recruiting volunteer firefighters, McNally said, which reflects nationwide trends. The U.S. had fewer volunteer firefighters in 2018 than it did in 1986, despite having a population that had grown by 87 million people, according to a 2020 report from the National Fire Protection Association.

“We’re becoming a bedroom community for Bangor,” McNally said of Howland, which is 30 miles north of the city.

“Twenty years ago these towns had mills and businesses that no longer exist. With businesses, there were local people who would serve in the fire department and ambulances who would be able to leave work and respond to calls. It’s simply not that way any longer,” he said.

Now, McNally said, smaller towns are facing ever-growing costs for equipment and a lack of volunteer personnel, forcing them to turn to departments like Howland’s, which is staffed around the clock.

“We’re responding further and further away from our coverage area,” he said.

Not every town needs a fire department, McNally said.

“We need fewer fire stations and more centrally located fire stations that are manned,” he said. “We’re all fighting for the same dollar.”

That’s the idea behind the new building in Howland.

It would allow the town’s emergency services to be on duty 24/7 without forcing the 20 full- and part-time firefighters “to be on top of one another.” The current fire building, built for a volunteer force, is “just big enough to park the trucks,” Lloyd said.

In Corinna, firefighters have long been responsible for fighting fires in neighboring Exeter, which directly pays Corinna $25,000 a year for fire coverage. Corinna also has mutual aid agreements with towns including Newport, Dexter and St. Albans to respond to fires in those towns, said Town Manager Lois Jones.

The current Corinna firehouse has water problems and can’t fit all of the firefighters’ equipment, especially when nearby Newport firefighters are on standby at the Corinna fire station, Jones said. Fire trucks, for example, can’t be left outside in the winter or their water supply can freeze.

“You can’t fight fires with frozen water,” she said.

The $1.7 million that King and Collins are requesting on Corinna’s behalf would allow the town to avoid borrowing money to make the necessary renovations. Borrowing the money would force the town to raise its mill rate, increasing the tax burden on homeowners so the town can make debt service payments, Jones said.

“We don’t have $1.7 million,” she said. “We’re a small town. We’re a rural community and the majority of our taxpayers are elderly citizens that still live in their home.”