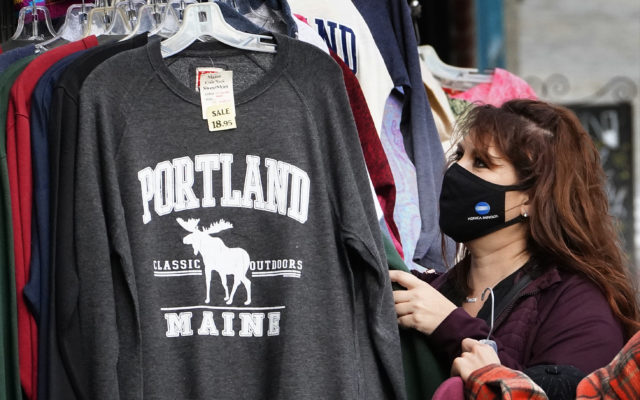 Contributed • February 18, 2021
By Christopher Burns, Bangor Daily News Staff A weekslong controversy over an anti-mask resolution that roiled the Androscoggin County Commission came to end on Wednesday evening when commissioners rejected it. The commissioners voted 6-1 to reject the resolution.

A weekslong controversy over an anti-mask resolution that roiled the Androscoggin County Commission came to end on Wednesday evening when commissioners rejected it.

The commissioners voted 6-1 to reject the resolution. Only Commissioner Isaiah Lary of Wales, who proposed the contentious resolution, voted in favor of it, according to the Lewiston Sun Journal.

Lary, who has not worn a mask at commission meetings, introduced the resolution two weeks ago calling for county residents and visitors to decide for themselves whether to mask up. It stated that the governor’s executive orders “restrict the liberty of Maine citizens to dress, work, exercise their religion, assemble, shop and conduct lives as they choose.”

But commissioners voted 4-3 on Feb. 3 to table the resolution for two weeks to consider alternatives, prompting some of those who attended that meeting to call them “cowards” and cry “shame.”

Last Wednesday, Lary submitted the four-page resolution to ban county employees, funds and equipment from being used to enforce a “pandemic order,” and laying out an argument for why he believes the commissioners as the “policy-determining body” for Androscoggin County have the authority to override Democratic Gov. Janet Mills.

But Commissioner John Michael of Auburn said Wednesday evening that the commissioners had “no legal authority” to override Mills’ mask mandate, while Chair Sally Christner of Turner said that her oath of office requires her to uphold Maine laws, even if she disagrees with them, the Sun Journal reported.

During the meeting held over Zoom, Lary twice tried to amend the resolution, including with language to prohibit county resources and employees from enforcing the mask mandate and calling on the county to challenge it before the Maine Supreme Judicial Court. But both failed, according to the newspaper.

Lary, Michael and Brian Ames of Lewiston, all of whom voted against tabling the resolution on Feb. 3, have been targeted for recall by a group that has criticized the three commissioners for turning pandemic restrictions into “a political game.” It’s unclear how Wednesday’s vote will affect the recall effort, but a spokesperson for the group, Kiernan Majerus-Collins of Lewiston, said last week they would drop the effort if the commissioners “drop this anti-mask craziness,” according to the Sun Journal.

After their vote to table the resolution, Maine Attorney General Aaron Frey sent a letter to the commissioners, as well as the Piscataquis County commissioners who have adopted an anti-mask resolution, defending the constitutionality of the order and telling them they and anyone who attends meetings are required to wear masks.