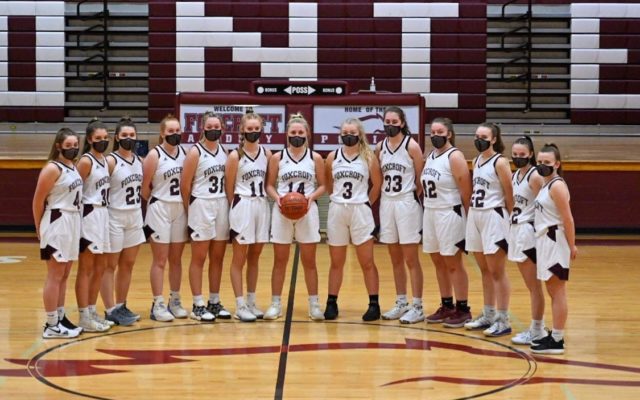 Contributed • February 16, 2021
By Ernie Clark, Bangor Daily News Staff A new head coach and a roster full of young players are making for a getting-to-know you season during the COVID-19 pandemic for the Foxcroft Academy girls basketball team. John Cornett has taken over as head coach from Blake Smith, who stepped down during the offseason.

A new head coach and a roster full of young players are making for a getting-to-know you season during the COVID-19 pandemic for the Foxcroft Academy girls basketball team.

John Cornett has taken over as head coach from Blake Smith, who stepped down during the offseason.

“The one thing that I love to focus on is playing defense and playing it physical,” Cornett said. “It’s a big challenge to get them to play physical and not be afraid to get a hand or arm on them, but from what I’ve seen in our first two games and a lot of the games I’ve watched, the refs do a pretty good job of letting them play and they’re consistent in letting them play. I’ve been really pleased with how it’s going.”

Cornett is fielding a 14-player roster with only one senior in guard Ainsley Ade.

“Ainsley has done a great job of accepting her role as a leader,” said Cornett, who spent his high school years at Foxcroft Academy and John Bapst of Bangor and most recently was a head coach for football and girls soccer in Georgia before returning to Maine with his family two years ago.

“I put a lot of responsibility on my seniors to step up and be the one that takes charge and she’s done a phenomenal job at that.”

Ade heads up a roster that also consists of six juniors, five sophomores and two freshmen. Cornett believes one of the team’s strengths is its depth.

“We’ve got a young team, but I feel like in every game I can rotate at least 10 players,” he said. “We’ve got a good, young group.”

That group includes junior guard Kiya Cook, who averaged 19.5 points per game as Foxcroft split its first two contests of the winter, and classmate Meghan Spooner, a defensive presence in the frontcourt.

Other top returning players include sophomore guard Annie Raynes, who averaged 10 points per game last winter when Foxcroft qualified for the Class B North preliminary round before being ousted by fifth-seeded Houlton.

“We’ve got a nice, deep bench and I feel like all of them could play the same number of minutes if I concentrated on that,” Cornett said.

After having to shut down for 10 days just before the start of the season due to COVID-19 concerns at the school, the Ponies got off to a 1-1 start with a loss to Class A Brewer and a victory over Class B rival Maine Central Institute of Pittsfield.