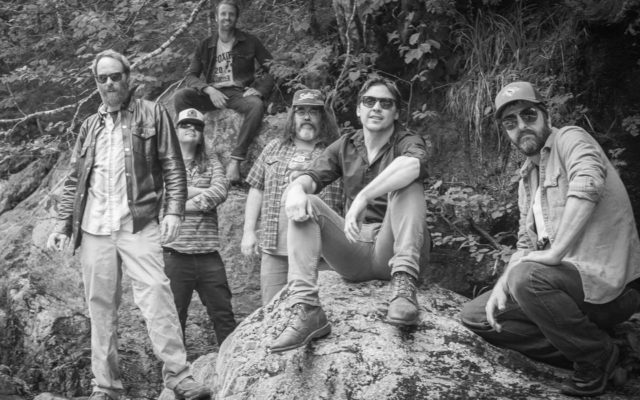 Contributed • February 8, 2021
By Josh Deakin You’ve probably seen their name at least a dozen times over the last decade and you’ll probably continue to see it for many years to come. The Mallett Brothers are an Americana rock band based out of Portland.

You’ve probably seen their name at least a dozen times over the last decade and you’ll probably continue to see it for many years to come. The Mallett Brothers are an Americana rock band based out of Portland. Their musical ability within their instrumentals combined with Woodie Guthrie-esque poetic lyrics provides an excellent blend of folk music and country rock. Their sound can be described as a perfect blend of Pete Seeger, Crazy Horse and The Band.

“We started this band back in 2009. I had gotten done with college and moved to Portland, where my brother had been living for several years, singing in a bunch of bands and being real active in the Portland music scene,” explained Will Mallett, a 2003 graduate of Foxcroft Academy.

Will’s brother Luke (who graduated from Foxcroft Academy in 2001) was in a different band at the time, Boombazi. They were taking a break due to members moving away. The brothers utilized this time to work on some new songs together. This led them to incorporating a few other members from Boombazi and the Mallett Brothers Band was born. “We played our first show in September, 2009 at the Common Ground Fair, and released a record the following summer, just in time for the Nateva Festival in Oxford,” explained Mallett.

The band’s wide range of influences manifest themselves in their music frequently. “Brian and Wally are rockers from way back; Andrew Martelle is a classically trained bluegrass fiddler. For Luke and I, our pops David Mallett has always been a huge influence, along with everything else that him and our mother raised us on – Dylan, Gordon Lightfoot, Tom Petty, the Stones. The Americana thing, the Texas Country thing, the Red Dirt thing and what they were calling alt-country a few years back have all been pretty big influences over the years; and the psychedelic jam band thing has crept in a little bit over the years too. Hanging out at festivals will do that, I guess,” said Mallett.

As is true with the majority of bands, in the time since the Mallett Brothers’ inception there have been numerous lineup changes within the band. Their original lead guitarist left the band around 2014. The position has been refilled a few different times since then. “We’ve got a good group right now. We’re psyched about how it’s shaken out thus far,” said Mallett. The current lineup features Luke and Will Mallett on guitars and vocals, Wally on additional guitars and vocals, Nick Leen on bass, Andrew Martelle on fiddle and Brian Higgins on drums.

The band relies on music feeling right during the songwriting process. “We have several songwriters in the band and everybody’s always cranking out tunes, so it’s tough to keep up on everything, but we usually get a good feeling if we do a run-through of a tune and it gels the first time through – try and capitalize on that initial excitement and push it down the line,” said Mallett.

The live shows elaborate on this process. “A lot of our songs are quick three-minute numbers that we’ll blast through but we’ll usually try and pick a few to stretch out and improvise on,” explained Mallett.

The guys make an effort to create a new setlist for each show but when touring becomes busy the setlists start to look similar. “We try to keep things fresh by pulling in a fresh cover tune or a new song that’s still in its nascent stages,” said Mallett.

The Mallett Brothers have remained very active over the years. They played out frequently and have released several records. “Before things got nuts we were playing about 150 shows per year, but obviously that’s been a little different. We have a few small, socially distanced things we’re doing and trying to stay up on our online livestream on a pretty regular basis, but we’re definitely looking forward to cranking back into high gear whenever that time comes,” said Mallett.

The band has otherwise stayed occupied recording music in the touring hiatus. “We have seven albums out now and we’re working on lucky No. 8,” said Mallett.

They are making good progress on the record and anticipate its release for early next year. “We had a big cross country tour planned this summer that’s been postponed to 2021, so hopefully we’ll be hitting the road pretty hard next year,” said Mallett.

Be on the lookout for new music arriving soon by the Mallett Brothers. In the meantime, take a trip through their large discography and consider viewing a livestream they may have in the future.