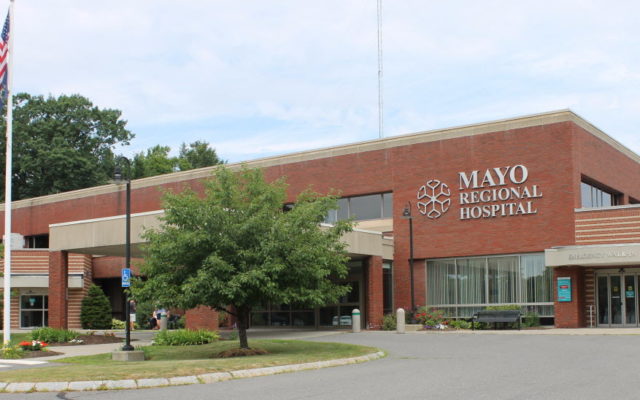 Contributed • January 26, 2021
By Judy Harrison, Bangor Daily News Staff A superior court judge has dismissed a lawsuit objecting to the merger of the former Mayo Regional Hospital with Northern Light Health. The Dover-Foxcroft facility is now called Northern Light Mayo Hospital after it became part of the 10-hospital health network in early 2020.

A superior court judge has dismissed a lawsuit objecting to the merger of the former Mayo Regional Hospital with Northern Light Health.

The Dover-Foxcroft facility is now called Northern Light Mayo Hospital after it became part of the 10-hospital health network in early 2020.

Justice Michaela Murphy in July dismissed all but one count in the lawsuit brought by the town of Cambridge and almost three dozen individuals from other communities over the merger. She dismissed the final count in November and declared that the lawsuit was moot since the merger was completed in early 2020.

Gerald Nessmann, the Dexter attorney who filed the lawsuit, said Jan. 25 that the parties decided not to appeal Murphy’s rulings to the Maine Supreme Judicial Court.

The plaintiffs argued in the complaint, filed in Somerset County Superior Court in December 2019, that the June 2019 special legislation that authorized the merger was unconstitutional. The lawsuit also maintained that leaders of the quasi-municipal entity that ran Mayo, Hospital Administrative District 4, violated that entity’s charter by pursuing the deal without first holding votes in all of its 13 member communities.

The boards of both merging organizations approved the deal, arguing that it would help the Dover-Foxcroft facility keep operating after suffering losses every year from 2010 until the merger, which was completed in early March 2020, shortly before the COVID-19 pandemic.

After those boards gave initial votes approving the merger in 2019, the Legislature passed the special legislation authorizing it at the end of the session. In January, the Maine Department of Health and Human Services gave the deal its final approval.

Murphy was the second judge to dismiss a challenge to the merger. Superior Court Justice William Anderson dismissed an earlier lawsuit in March 2019, before the merger had been completed. Anderson found that Nessmann, who was also a plaintiff in that lawsuit, did not have legal standing to file it. The judge also said that because the merger had not been finalized, Nessman couldn’t claim any harm had been done by it.