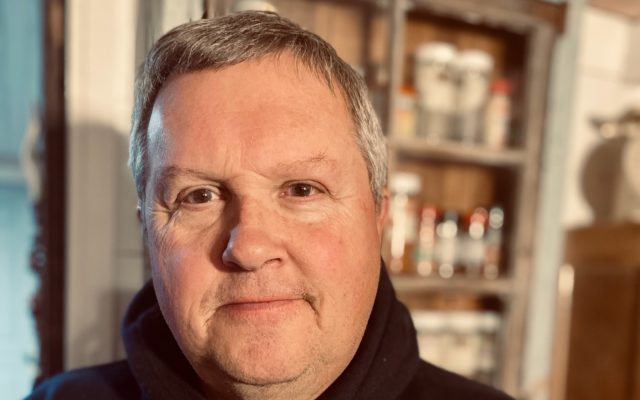 Contributed • January 7, 2021
By Larry Mahoney, Bangor Daily News Staff Tom Morong spent 25 years coaching girls basketball teams in southern Maine, but he didn’t anticipate getting back into coaching when he and his wife Deanne retired and moved to Monson a few years ago.The West Bath native headed the programs at Morse High School in Bath and Oak Hill High School in Wales.

Tom Morong spent 25 years coaching girls basketball teams in southern Maine, but he didn’t anticipate getting back into coaching when he and his wife Deanne retired and moved to Monson a few years ago.

Last season, Greenville was looking for a middle school coach for its boys and girls basketball teams, so he figured he’d give it one more go.

“I love coaching kids,” said the 60-year-old Morong, who is back in the high school ranks this season as the Greenville High girls coach.

He replaces Maren Mason, who stepped down after leading the Lakers last season to a 20-2 record and their first state Class D championship since 1985.

Four of the 10 players on this year’s roster are eighth-graders.

“We have a real young team. We have only one senior,” Morong said. “I have seen a ton of improvement since we started [workouts].

“We aren’t going to be world beaters but we will surprise some teams and could be good by the end of the year. “

There will be no pursuit of a gold basketball this season. The Maine Principals’ Association winter sports plan during the COVID-19 pandemic led to the elimination of regional tournaments and state championship games.

Teams will play a reduced schedule of regular-season games involving teams in the same area and may be able to stage their own postseason tournament among teams within a region.

“My goal this year is to set the tone so when things become normal next season, we can be off and running and ready to go,” Morong said. “We’ll build from there.”

Greenville has spent a lot of time, first during small-group workouts and now during the full-team practices, focusing on fundamentals such as footwork, including jump stops. Morong wants to help his players build self-confidence.

“They have to get through the mental [hurdles] first and then the physical stuff will come quickly behind it,” he said.

Morong, who played basketball and baseball at the former Camden-Rockport High School and Traip Academy in Kittery, attended the University of Maine at Presque Isle before leaving to begin a career as a house builder.

He coached 20 years at Morse, leading the Shipbuilders to two Western Maine Class A runner-up finishes. He then spent five seasons at Oak Hill.

His son, Andrew, is the women’s basketball coach at Central Maine Community College in Auburn, a Yankee College Conference powerhouse. His daughter, Katie, lives in Florida.

Morong said coaching has changed considerably over time and he has learned it is important to be flexible. He said there is more teaching now.

Greenville has 14 girls on its middle school team, including the four eighth-graders who will swing between varsity and middle school.

Mason said she resigned after six seasons so she could watch her children play. Liam is an eighth-grader on the Lakers boys varsity team coached by his uncle, Maren’s brother Tyler Muzzy.

Muzzy served as an assistant with Mason.

“I’m going to be keeping the book for the boys games,” Mason said.

She said it was important for her to coach her seniors last season after working with them since they were in sixth grade.

“I reassessed after the season and, coming off a great year, it was the perfect time to leave so I could spend more time with my kids,” Mason said.

She believes Morong will do an excellent job, citing his extensive experience.