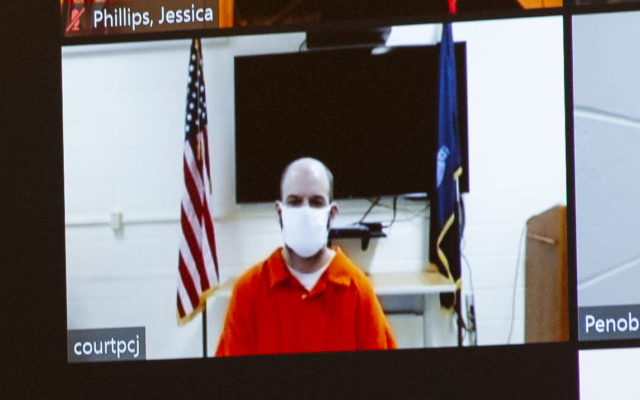 Contributed • December 29, 2020
By Judy Harrison, Bangor Daily News Staff A LaGrange man charged with manslaughter due to a July 7 crash that killed the passenger in the SUV he was driving was ordered Dec. 28 to be held on $2,000 cash bail.

A LaGrange man charged with manslaughter due to a July 7 crash that killed the passenger in the SUV he was driving was ordered Dec. 28 to be held on $2,000 cash bail.

Randall Hamm, 39, was arrested the week before. He has been held without bail at the Penobscot County Jail since then.

The Penobscot County District Attorney’s office requested a $5,000 cash bail for the LaGrange man. Hamm, who has one conviction for domestic violence assault from 2010, told the judge that he could only post $250 cash but agreed to live under house arrest while on bail.

Bail conditions include no use of alcohol or drugs and no contact with the victim’s family.

Hamm was driving a 2003 Dodge Durango on Medford Road in LaGrange on the evening of July 7 when it went off the road and rolled onto its roof. Desarae Bourgoine, 35, also of LaGrange and an acquaintance of Hamm’s, was ejected from the car and killed, according to the Maine State Police.

Hamm was speeding recklessly and his blood alcohol level was nearly twice the legal limit when the crash occurred, according to state police.

He also is charged with aggravated operating under the influence.

He was not asked Dec. 28 to enter pleas to the charges because he has not yet been indicted by the Penobscot County grand jury. The grand jury will not convene this month due to the spike in the number of coronavirus cases.

If convicted, Hamm faces up to 30 years in prison and a fine of up to $50,000 on the manslaughter charge alone.