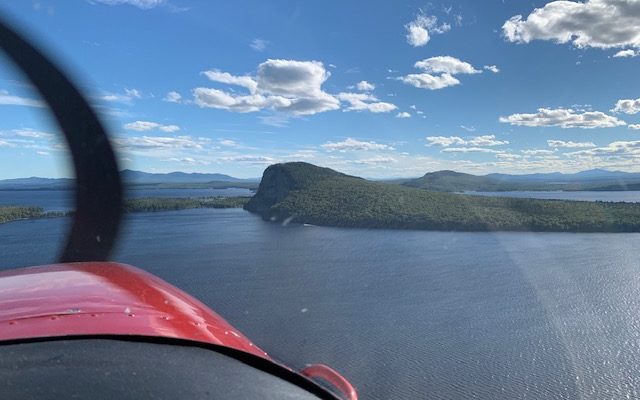 Contributed • November 25, 2020
By Caitlin Andrews, Bangor Daily News Staff A small tribe with roots in the Moosehead Lake region will restart a bid for state recognition after being turned down by the Maine Legislature more than 180 years ago when forebears driven off their land asked for a tract to start anew. Members of the Kineo Band of Maliseet Indians descend to native people who lived in the Dover-Foxcroft, Greenville and Monson area.

A small tribe with roots in the Moosehead Lake region will restart a bid for state recognition after being turned down by the Maine Legislature more than 180 years ago when forebears driven off their land asked for a tract to start anew.

Members of the Kineo Band of Maliseet Indians descend to native people who lived in the Dover-Foxcroft, Greenville and Monson area. Maliseets historically occupied the region around the St. John River and tributaries on both sides of what is now the U.S. and Canada. The Houlton Band of Maliseets signed the first treaty inked by the U.S. in 1776.

The tribe traces its name to Mount Kineo, the landmark on a peninsula in Moosehead Lake to which native people historically traveled long distances during the last millennium to obtain rhyolite for tools. After being driven from land on the Canadian side of the St. John River by the British, a group of Maliseets and Monson residents petitioned the Maine Legislature in 1839 for 500 acres near the lake, according to historic documents.

The Legislature rejected them then and turned down a new bid for state recognition in 2013. But Houlton Band of Maliseets member and former tribal representative David Slagger of Sangerville, is hoping Augusta will be more receptive next year to granting state recognition to the tribe, a designation that could lead to economic revitalization in that corner of Piscataquis County.

Slagger said he is not pushing for the Kineo people to get the same gaming, land use, taxation and other rights the state’s four federally recognized tribal leaders have pressed for, including in a recent sovereignty effort that stalled earlier this year in the Legislature. But if his effort succeeds, the tribe will become the first to be formally recognized by the state of Maine.

It would help the tribe access grant funding for cultural preservation and language revitalization efforts. The bill’s language is expected to be identical to one Slagger championed in 2013. At that time, he estimated that the tribe had 96 members. He said it has roughly 85 now.

“It’s a start to being treated fairly,” he said.

Recognition can be an emotional topic for members. Jeffrey Nicholas, whose family has connections to the Moosehead Lake area, testified in 2013 that not being recognized as Malecite — another spelling for Maliseet — has left a “hole in our hearts all our lives.”

“We wish to live in peace and harmony with our fellow Mainers while filling this hole in our hearts and teaching our descendents how to be Malecite,” he said then.

Slagger’s first attempt to get the legislation passed in 2013 ended as tribes at the time worried about how another recognized tribe could affect public funding. The Houlton Band’s chief at the time, Brenda Commander, spoke against it, saying she had not heard of the band and believed recognition would violate the 1980s law governing Maine’s relationship with the tribes.

Unlike her predecessor, Chief Clarissa Sabattis of the Houlton Band said she would not be opposing the measure, saying “it’s not our place” to be involved in the band’s recognition efforts.

The bill may find more support amid a broader push for tribal sovereignty as Democratic leadership says the issue is a top priority for 2021. Its limited scope may make Slagger’s path easier than the broad effort supported by the state’s four federally recognized tribes.

The bill has been sponsored by Rep. Paul Stearns, R-Guilford, who said he was supportive of the effort, in part, because it carried no fiscal note and does not make any claims on land or the right to pursue gaming.

“I’d have to give it another look at that point,” Stearns said.