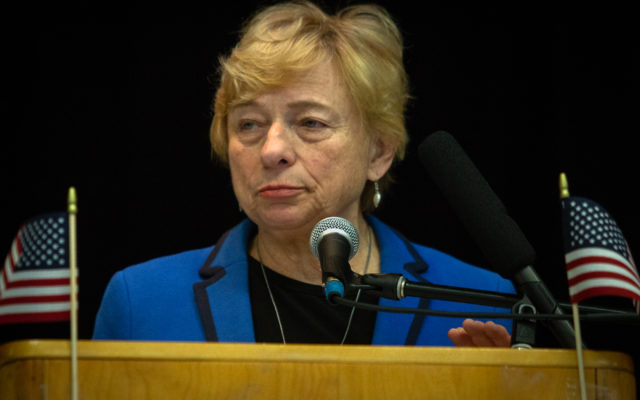 Contributed • November 18, 2020
By Lori Valigra, Bangor Daily News Staff Saying “next week and the coming weeks will be a crucial test,” Gov. Janet Mills on Wednesday urged Mainers to limit in-person contact over Thanksgiving, but she stopped short of issuing at-home gathering limits like those in other states including New Jersey.

Saying “next week and the coming weeks will be a crucial test,” Gov. Janet Mills on Wednesday urged Mainers to limit in-person contact over Thanksgiving, but she stopped short of issuing at-home gathering limits like those in other states including New Jersey.

The Democratic governor said a lack of more federal stimulus and a scheduled phase-out of unemployment benefits for roughly 35,000 Mainers by year’s end factored into her decision to not curtail business and personal activities the way she did in the spring. The federal help is not there now, she said, so it would be even tougher now to take those dramatic measures.

“Congress and the president are nothing short of negligent in not passing another aid package,” she said.

Mills’ urgent comments came on the heels of news that another four Mainers died as health officials reported 158 new coronavirus cases across the state on Wednesday. The seven-day average for new cases was 191.7, up from 164.7 a week ago and just 30.9 a month ago.

Since the latest surge in virus transmission began a little more than three weeks ago, Maine has seen nearly 3,500 new cases and 24 deaths. It took Maine until early July to record as many cases, four months after health officials confirmed the presence of the novel coronavirus here.

Mills said she is considering a number of measured approaches to possibly reducing gathering sizes and asking businesses to close earlier, but there would be no return to a stay-at-home order. She said she will consult with businesses over the next few weeks.

The governor also urged Mainers to wear masks, distance and consider whether they really need to pick up something at a store or go out and mingle with other people.“As you make your own plans for Thanksgiving, please consider whether any in-person gathering is at all necessary,” Mills said. She said there would be no statewide lockdown or return to a stay-at-home order.