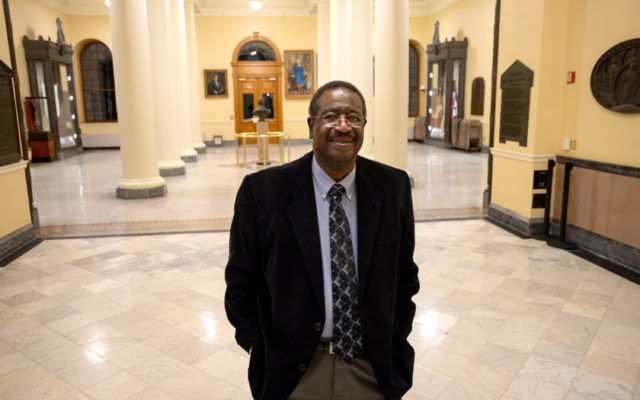 Contributed • November 16, 2020
By Caitlin Andrews, Bangor Daily News Staff A young Richard Evans received one of his earliest political inspirations when he heard Barbara Jordan, who would become the first southern Black woman elected to Congress, speak at his graduation from high school in a poor part of Houston. Decades later, a large dose of luck and years of campaigning led the surgeon from Dover-Foxcroft to become the first Democrat in more than 30 years to represent one of the state’s most conservative areas in the Maine House of Representatives.

A young Richard Evans received one of his earliest political inspirations when he heard Barbara Jordan, who would become the first southern Black woman elected to Congress, speak at his graduation from high school in a poor part of Houston.

Decades later, a large dose of luck and years of campaigning led the surgeon from Dover-Foxcroft to become the first Democrat in more than 30 years to represent one of the state’s most conservative areas in the Maine House of Representatives. He will be just the fifth Black lawmaker in the 200-year history of one of the nation’s whitest states.

Evans, 73, ran on making health care more affordable, helping Maine’s neediest people and a desire to bridge political divides. His calm demeanor belies his unique history. It is well-illustrated by a 10-minute campaign video featuring him in a white doctor’s coat ticking through elements of his life as one might describe a breakfast order.

He was educated at Howard University — “just like Kamala,” he said in an interview, referring to California Sen. Kamala Harris, the vice-president elect. His medical residency began in Philadelphia. He came to Maine as chief of medical services at the now-defunct Loring Air Force base in Limestone, went away, came back and has lived here for more than two decades.

The video does not touch on a foundational element of Evans’ life: his upbringing in Houston, where he said many kids in his neighborhood “never made it out of the community” amid gang violence and incarceration. It shaped his lifelong views on poverty.

Evans said he was inspired to run after hearing his patients at the Mayo Regional Hospital in Dover-Foxcroft were suffering from some of the same issues he faced as a child. Piscataquis County has long been one of the poorest in Maine and had the lowest median household income among counties here in 2018, according to state data.

The last Democrat to represent Dover-Foxcroft in the House left the Legislature in 1988. Only 23 districts in the 151-member chamber backed President Donald Trump in 2016 with a larger share of votes than Evans’ district. Just one of those will be held by a Democrat in 2020.

Since Maine’s ranked-choice voting law does not apply to general elections for statewide office, the candidate with a plurality of votes would win. Evans got 35.7 percent of votes, narrowly beating Perkins at 33.3 percent and Higgins at 31.1 percent as the county went for Republicans in every other race on the ticket featuring a Democrat in 2020. House Democrats lost 11 seats to Republicans but still maintained their majority in the November election.

Higgins declined comment and Perkins did not respond to a request for comment. But Sen. Paul Davis, R-Sangerville, who represents the area in the upper legislative chamber, said it was clear to him the race would be close when the second conservative-leaning candidate jumped in.

There was “no real reason” for Evans’ win otherwise, Davis said. But the conservative senator also described Evans as being well-liked in the community. The two crossed paths when Evans briefly served as Davis’ surgeon.

“Excellent surgeon, nice man and a good guy,” Davis said. “I would probably disagree with him on political philosophy, but a nice guy.”

The split vote played a part in Evans’ victory, said Margarita Contreni, the chair of the Piscataquis County Democratic Committee who lost a race for a neighboring district by 40 points this year to Rep. Paul Stearns, R-Guilford. But she believes Evans’ connection to voters was more important, saying he would often be recognized by children in prior election years during parades and did better against Higgins than a previous challenger.

“In a district that size, that does not come down to a lot of votes,” Contreni said.

Evans attributes his win to his willingness to listen to others and the Piscataquis County Democrats upping their outreach efforts in recent years, including opening a year-round office and putting out literature in the local weekly paper.

While he acknowledged racial tension in Maine and the country, he said his political experience has not been shaped by being Black. But he said because there have been few Black legislators before him, it makes it “much more important for me to do the absolute best I can.”

“What I want to do is bring us together and I think Maine has a much better opportunity to do that, more so than other places,” Evans said.