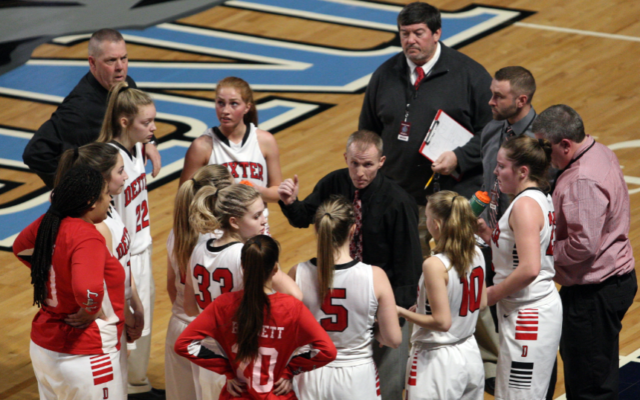 Winter coaches thankful there will be a season, even if everyone has to mask up

Contributed • November 7, 2020
By Larry Mahoney, Bangor Daily News Staff Virtually all Maine high school winter sports student-athletes will be required to wear face coverings at all times according to guidelines established by Gov. Janet Mills, the Maine Principals’ Association and other agencies on Nov.

Virtually all Maine high school winter sports student-athletes will be required to wear face coverings at all times according to guidelines established by Gov. Janet Mills, the Maine Principals’ Association and other agencies on Nov. 6.

Swimming is an exception.

The spike in COVID-19 cases across the state prompted the stricter guidelines but some coaches of winter sports teams are just thankful there will be a season and have no problem with the protocols.

“It will be different, for sure, but it’s no big deal,” Dexter Regional High School girls basketball and soccer coach Jody Grant said. “We wore them during warmups this fall in soccer. They would only take them off to play. None of my kids complained about having to wear a mask and I had kids with asthma and other different things.”

“Our kids are wearing them sitting in class every day. They have been so good about wearing them and I’ve heard that from a lot of educators.”

“If that is what it will take to be able to play basketball, let’s do it,” Southern Aroostook of Dyer Brook girls coach Cliff Urquhart said. “It is going to be something we will have to feel out. It could have an impact if a player has asthma or another breathing disorder. But we’ll get a better feel for that once we start practicing. I’m excited. It’s a lot better news than I had anticipated.”

“I support it. We will work with it the best we can,” Calais girls basketball coach Bill McVicar said. “It’s reasonable given where we are [with the coronavirus]. We will follow all the guidelines. The kids want to play basketball.”

“This is a step in the right direction. We will be able to adapt to it,” Paradis said. “If wearing a mask is something we have to do in order to play, we will wear masks.”

Dr. Carl Flynn, the Presque Isle hockey coach who has dealt with COVID-19 cases first-hand, said masks do limit the spread of the disease so it is a good decision to require them but isn’t sure how it will work with a sport like hockey, especially “when they sweat as much as they do.”

“It could create some interesting situations. In basketball, if your mask slips down, you can pull it up. In hockey, you would have to take your glove off and unattach your shield or your cage [to readjust your face covering]. That’s a penalty if you do it on the ice. Or if you take a solid check and your [face covering] goes halfway across your eyes, you won’t be able to see your way back to the bench. You could have some comical situations.

“I understand why they’re doing it and I’m not against it. But it will be difficult logistically,” he added. “It’s better than nothing and I applaud the MPA for trying to have a season.”

“Being able to play sports is a very positive thing. It keeps some kids in school,” he said.

Grant added that when he was a teenager, he would have been willing to wear a mask and a dunce cap in order to play.

Brewer High School Athletic Director Dave Utterback said although some people won’t like having to wear a mask, he called it a “pathway to the winter season.”