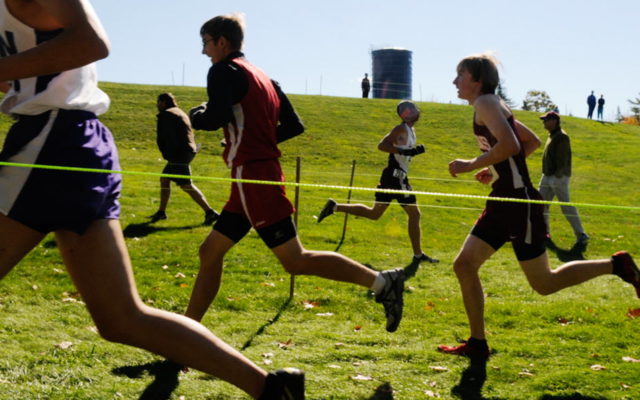 Contributed • November 7, 2020
By Ernie Clark, Bangor Daily News Staff A decision on whether or not the high school cross country state championship meets will be held as scheduled next week is on hold until Monday. The boys championship races for Classes A, B and C are scheduled for Wednesday with the girls to compete at the same location on Saturday, Nov.

A decision on whether or not the high school cross country state championship meets will be held as scheduled next week is on hold until Monday.

The boys championship races for Classes A, B and C are scheduled for Wednesday with the girls to compete at the same location on Saturday, Nov. 14.

Usually the boys and girls state championship races are held on the same day at the same site,  but they are being separated this year to comply with the state-mandated 100-person outdoor mass-gathering limit.

The Maine Principals’ Association cross country committee met virtually on Friday to shore up plans for the meet.

But the recent spike in COVID-19 cases across the state — Maine set a record for reported cases for the fourth consecutive day on Friday — and a mandated halt of recreational fall sports leagues until December left the panel and its liaison, MPA assistant executive director Mike Bisson, wanting further guidance from Department of Health and Human Services commissioner Jeanne Lambrew.

“It’s been a roller-coaster ride,” Bisson said. “One minute I think we’re all good to go. Today I was feeling good, all excited, and then you hear they’re shutting down all community sports until Dec. 14. We left the meeting planning on having a state championship, but we’re going to check with the DHHS to make sure they don’t have major reservations about it.”

Another concern involves travel, as runners and coaches from around the state will converge on Saxl Park in Bangor for the state championships after the rest of the cross country season consisted of more localized meets.

“We’re reaching out to the DHHS commissioner,” Bisson said. “We don’t want to do it unless they’re on board with us moving forward with bringing kids from all over the state together.”

Cross country and golf were the two sports designated as low risk by the state and MPA for the fall sports season, enabling them to hold state championship events. Golf crowned its state champions in early October.

If the cross country state championships are held, runners also will be required for the first time this season to wear face coverings while competing in the races.

According to a press release issued by the MPA, the face-covering requirement for participants in school sports — in line with an executive order issued a day earlier by Gov. Janet Mills — became effective Friday for the remaining fall sports season.