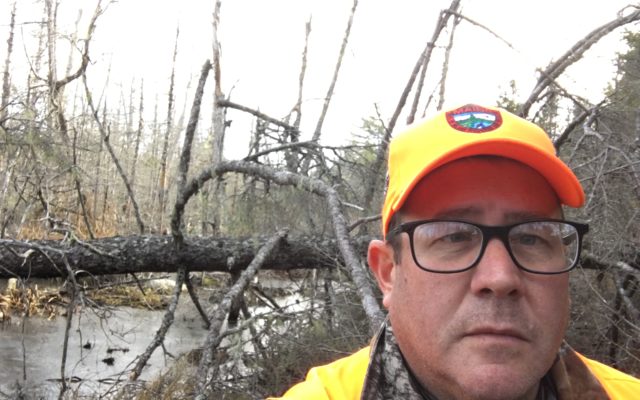 Age is just a number, until everything starts to hurt and you begin to fall down

Contributed • November 6, 2020
By John Holyoke, Bangor Daily News Outdoors Editor Tuesday — Election Day to some — was full of surprises. I’m not talking about politics, though.

Tuesday — Election Day to some — was full of surprises. I’m not talking about politics, though. I’m talking about snow, and hunting, and the reasons I never ended up trying to tag a deer despite what seemed to be perfect conditions.

If you slept through Election Day, as I’m sure some wish they had, you may not have noticed that in these parts, we got about two inches of overnight snow. Some see November snow as a sign of the season. Others call it a nuisance.

Us hunters? We call it “tracking snow,” and we use it to our advantage when we head into the woods. Figure: Fresh snow that fell overnight gives the hunter a great idea of where a deer was, and what direction it was headed. And when we find deer tracks in the first new snow of the season, we don’t have to wonder how long ago the deer walked by. If there’s snow in the track, it’s kinda recent. If there’s not, it’s super recent. Fresh, even.

And that means it’s time to begin tracking.

That was the first thing that went through my head on Tuesday morning. I would wake up. Write a bit. Vote. Then head into the woods to find a buck.

Well, that was almost the itinerary.

First, though, I had to help my dogs answer the call of nature.

Tossing on a pair of loafers and a jacket, I leashed them up, one at a time, and headed outside, where I immediately learned that I had apparently forgotten how to walk in snow. In five minutes, I slipped and nearly fell down a half dozen times, and even the dogs began to look at me with worried looks on their faces.

All this happened just a day after my back went lame after (I’m not kidding) I. Stood. Up. That’s it. I stood up.

Later on Tuesday, after standing in line for 45 minutes, waiting to vote, I began to rethink my day’s plan.

“If I can’t even walk across my lawn without nearly falling on my face, how am I going to tromp through the woods with a heavy pack on my back and a rifle in my hands?” I wondered. “What if my back goes out on me again? What if the coyotes see me lying there in a snowbank and decide to eat me?”

My mindset spiraled from there.

Then, a new reality hit me, for nearly the first time. “I’m getting old.”

Now, I’ve suspected that this whole “aging” process might be a real thing for quite some time. Four years ago I suffered a series of strokes that served as a pretty solid reminder of my own mortality. And I’ve found that my stepkids often refer to people as “old,” when I’d have used the words “but younger than me.”

I’ve noticed that I’m not as steady on my feet as I was before the strokes, and have largely given up on wading in rivers while fly fishing, either because my confidence is shot, or because I’ve finally gained the common sense that my mom always thought had eluded me.

And on that snowy Election Day, I surprised myself. While standing in line, waiting to fulfill my democratic duty, I decided that I had no desire to slip and slide through the woods, cursing at every misstep, while searching for the track of a big ol’ buck.

Worse, I decided that if I did head into the woods, I might even do some sort of bodily harm to myself. Worse than the time I nearly fell off a cliff and into a raging Canadian river while fishing. Worse than spraining an ankle like I did when I stepped into a hole while golfing. Worse than taking a sharp branch to the eye, which happens often enough when I’m blundering through the forest.

I might, I realized, hurt more than my pride.

So, I changed my plan. I didn’t slip and slide. I didn’t fall. I didn’t go hunting at all.

My wife said she was proud of me for not being a foolhardy numbskull. (She might not have used those words, but that’s what she meant).

Nope. My questions were even bigger. At least they were to me.

How did I get so old all of a sudden?

And what am I going to do about it?

I’ll let you know the answers when I figure them out.