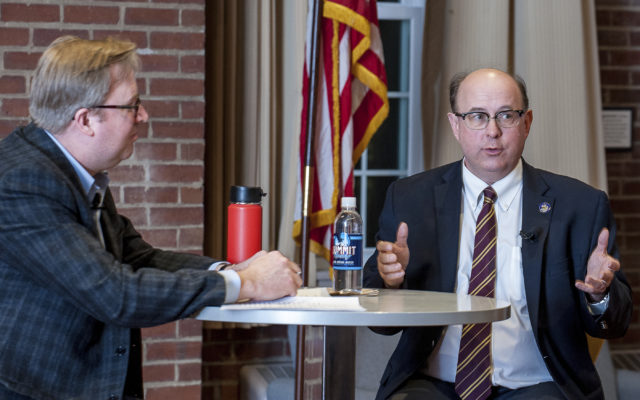 Contributed • October 24, 2020
By Caitlin Andrews, Bangor Daily News Staff Mainers have been so deluged with confusing absentee ballot request forms during the 2020 campaign season that the state’s top election official is considering putting forward legislation to ban them for third-party groups. The form of voting has taken on heightened importance during the coronavirus pandemic.

Mainers have been so deluged with confusing absentee ballot request forms during the 2020 campaign season that the state’s top election official is considering putting forward legislation to ban them for third-party groups.

The form of voting has taken on heightened importance during the coronavirus pandemic. Maine had a record share of absentee voting during the July primary. More than one-third of the number of voters in the 2016 election have already cast their votes here ahead of the Nov. 3 election as Maine and other states set new records for absentee voting.

It has led to reams of nuisance mailers showing up in Mainers’ boxes that can often simply be ignored. Joseph Williams of the small Penobscot County town of Hudson said he has been mailed six different absentee ballot request forms this year. He does not plan to use them because he wants to vote in person, but finds their presence annoying.

“I don’t think it’s illegal to send a pile of these, but it’s odd and not right,” he said.

It is not illegal yet, though Secretary of State Matt Dunlap would like it to be in many cases, citing this year’s “blizzard” of mailers. Republicans and Democrats often send absentee ballot request forms to voters to ensure they vote. The latter party included postage stamps in a round of mailers this year in a bid to boost return rates.

But the deluge is caused by national third-party groups whose intentions may be honorable — making sure people have every opportunity to vote — but many mailers contain inaccurate information that could affect the ability to cast a ballot or slow the process down. They are also prompting people to send multiple requests for ballots, leading to more work for local clerks.

Political parties can purchase the state’s file of voters as part of efforts to reach people, including addresses and whether you participated in a recent election. Third-party groups cannot get that information directly, but they buy old information from campaigns, Dunlap said.

Mailers may be outdated or flat-out wrong by the time it reaches voters, leading to confusion around whether people are indeed registered. A recent round of mailers advised people to send the form to the Dunlap’s office instead of a town office, which could increase the amount of time needed to process a ballot. Some contain filled-out dates of birth for voters that are incorrect, which could lead the request to be denied.

Dunlap said he recommends anyone who receives a mailer they are confused by to contact their municipal clerk or request a ballot through that office or the state’s website. Voters can also request a ballot in-person and drop it off at the office or in the mail.

“It freaks people out and it adds to distrust in the process,” Dunlap said.

It has led the secretary of state to consider submitting legislation that would allow only political parties to send out these requests. Williams’ litany of mailers came from the Center for Voter Information, a liberal nonprofit, though others including Register2Vote have also sent out mailers in Maine.

The Center for Voter Information, which spent nearly $15 million in 2018, according to a tax form, states its mission as boosting turnout among unmarried women, minorities and young voters. It often surfaces in news reports this time of year for registration drives and confusion.

In Hudson, roughly half of the 200 people who have requested absentee ballots have been successfully returned so far as of Wednesday. But Laurie Saunders, the town clerk, said many who requested ballots keep getting request forms in the mail.

Some keep sending them in, which makes for more work at the town office. All of those duplicate request forms have to be double-checked against the system to make sure they have already been counted. They are ultimately stapled to the original request form.

Sometimes the errors can be egregious. Dunlap said he was contacted by a family in greater Portland that continued to receive election mail for a daughter killed in a home invasion. The secretary of state said he checked the voter file to confirm she was no longer listed.

“It would retraumatize them every time they opened the mail,” he said.