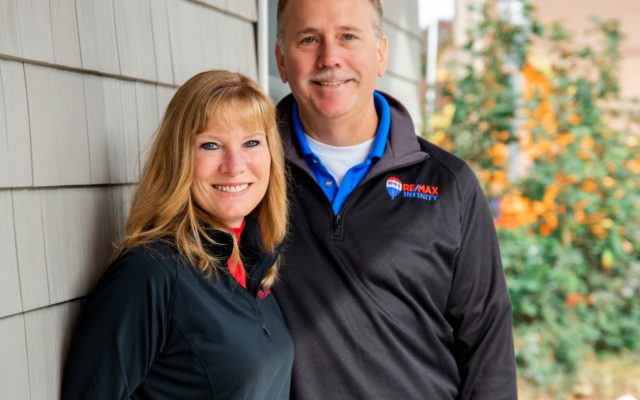 Contributed, Special to the Piscataquis Observer • October 8, 2020
DEXTER — A new RE/MAX Real Estate office is opening in Dexter, but make no mistake, Jim and Charlie Quimby are no strangers to the world of real estate. Collectively their experience spans over 25 years, having sold hundreds of homes in that time.

DEXTER — A new RE/MAX Real Estate office is opening in Dexter, but make no mistake, Jim and Charlie Quimby are no strangers to the world of real estate. Collectively their experience spans over 25 years, having sold hundreds of homes in that time. Both are Maine natives; Charlie grew up in Pittsfield and Jim in Cambridge – this gives them the unique ability to connect with their Maine clients and share their in-depth knowledge of the area to their clients who may be relocating from away.

Jim and Charlie are all about family. They have four adult children and eight grandchildren, plus a very special Golden Retriever named Charlotte. They greatly enjoy working together, and each makes it a priority to extend the “family-feel” to the rest of their team, and to their clients as well. 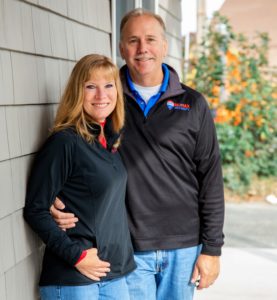 Photo courtesy of Piscataquis Chamber of Commerce
NEW REAL ESTATE OFFICE — Jim and Charlie Quimby have opened a RE/MAX Real Estate office at 175 Spring Street in Dexter. Collectively their experience spans over 25 years, having sold hundreds of homes in that time.

“When clients come into this space to meet with us, I want them to feel like they’re sitting in our living room,” said Charlie, “we don’t want this to feel like an office, but rather a welcoming, comfortable space.”

The new location at 175 Spring Street in Dexter was originally built as a service station. It later became the Norm Cookson Real Estate office where Cookson ran a very successful business for over 30 years. In early June, the Quimbys acquired the property and began extensive renovations – from floor to ceiling, inside and out. The project should be completed by mid-October, at which time the new space will be open to visitors.

Piscataquis Chamber Executive Director Denise Buzzelli had an opportunity to visit during the renovations, and was impressed by what she saw, saying, “As I walked through the building, I felt as if I were walking through a new-home construction project, it did not feel like an office,” she said, “I look forward to seeing it complete and furnished, it’s going to be beautiful.”

Jim and Charlie, who have been working out of a separate space in their home, always knew that they would one day open their own office. “Our friends and family would continually ask us when we were going to open our own agency,” said Jim, “It was never a question of ‘if,’ it was only a matter of ‘when.’”

The Quimbys had originally thought they would open an independent office, but chose to purchase a franchise instead. After much research, they decided to go with RE/MAX as it is well-established (since 1973), and it is known as the most recognized brand in real estate.

“We couldn’t be happier with our decision,” Jim explained, “our new office license went active on April 28th of this year, and our business is now up over 100 percent with no slow-down in sight! We have more buyers that we have homes to sell, so we are always looking for fresh inventory!”

Jim and Charlie have built a team of local professionals referred to as The Live Maine Team. The team currently consists of three other agents, Angie Roberts of Parkman, Manda Stewart of St. Albans and Diane Belanger of Sangerville plus two administrative team members (who are also their daughters-in-law), Brandi Woodman, the listing/transaction coordinator and Tabitha Woodman, the office’s licensed administrative assistant.

“As soon as renovations are complete,” said Charlie, “we will be interviewing additional agents to join our team.”

“Sometime in late October the Chamber hopes to hold an open house at the new location,” said Buzzelli, “we are excited to celebrate this milestone with the Quimbys and their team,” adding, “COVID-19 has taken so much from so many businesses in Maine, we need to celebrate and support businesses who are growing in spite of the challenges, it is something to be excited about!”

RE/Max Infinity’s service area includes the Mid-Coast to Moosehead Lake, and all points in between. For more information, visit www.livemainelivebetter.com.