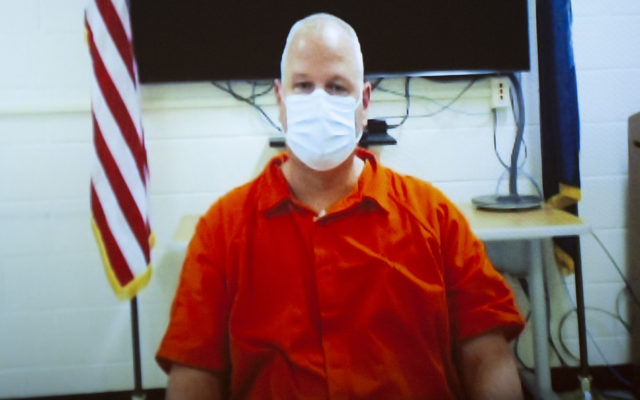 Dover-Foxcroft Police Chief Ryan P. Reardon is getting out of jail after posting a $5,000 cash bail.

The bail, and other other conditions — including a mental health evaluation — were set for Reardon during his initial appearance Friday afternoon in Penobscot County Superior Court in Bangor. Reardon paid the bail after his appearance and was being released, a worker at Penobscot County Jail said.

He was arrested Wednesday evening in Bangor and placed on paid administrative leave from the Dover-Foxcroft Police Department. Reardon made his appearance via video conference from Penobscot County Jail, where he was being held without bail. 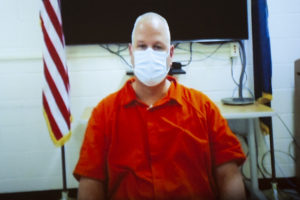 Reardon’s arrest warrant alleges that he tried to strangle the woman and threw her on the floor during an argument on Aug. 23. He twisted her arm above her head as she was lying on the ground, attempting to fight back.

Reardon is being represented by Criminal Defense Attorney Walter McKee of Augusta. District Attorney for Androscoggin, Oxford and Franklin counties Andrew Robinson is prosecuting the state’s case against Reardon.

Robinson asked for a $10,000 cash bail for the defendant, along with stipulations that he not have contact with the victim, is prohibited from using firearms and undergoes a psychiatric evaluation.

Robinson also told presiding Justice Ann Murray that he’d received a message from the Penobscot County Jail that Reardon is on a suicide watch.

McKee said that Reardon was struggling financially because of his recent divorce and that it would be challenging for him to come up with a $10,000 cash bail.

Justice Murray decided on a $5,000 cash bail with stipulations that Reardon must comply with the contract with Maine’s Pretrial Services on conditions that he be prohibited from having contact with the victim and possessing weapons. The bail also requires Reardon to undergo a mental health evaluation and treatment, if necessary.

McKee said that Reardon denies the allegations against him and added that the victim willingly showed up at Reardon’s house in August while intoxicated with the intention of confronting him when the fight allegedly happened.

McKee said that the victim willingly returned to Reardon’s house the next month.

According to the arrest warrant, the victim said she did return to his house a second time out of concern for him. She later went to a hospital for an evaluation after their first fight where a nurse took pictures of her injuries and collected other evidence.

Robinson said that photos of the markings on the victim’s body taken during the exam were consistent with the attack she described to police.

Reardon’s dispositional conference is scheduled for 1 p.m. Nov. 9 in Piscataquis.