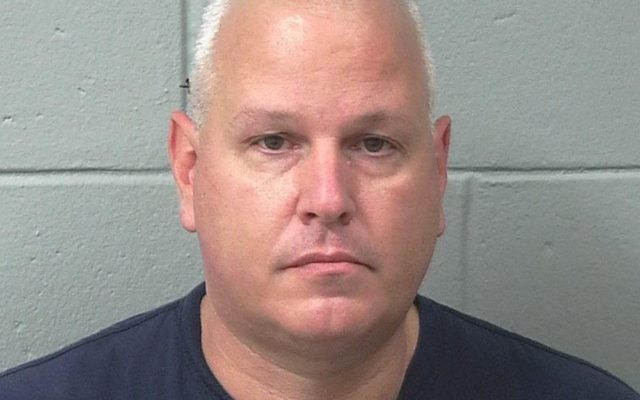 Dover-Foxcroft Police Chief Ryan P. Reardon was placed on administrative leave following his arrest in Bangor on Wednesday night after he allegedly tried to strangle a woman with whom he was having an affair.

Reardon is facing charges of Class B aggravated assault and Class C domestic violence criminal threatening with a dangerous weapon. He is being held without bail at the Penobscot County Jail in Bangor.

Reardon is expected to make an initial appearance at Penobscot County Superior Court at 1 p.m. Friday. 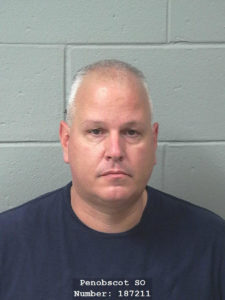 Reardon is accused of assaulting a woman he was having an extramarital affair with that began in 2017, according to the arrest warrant.

It alleges that during an argument on Aug. 23, Reardon tried to strangle the woman and threw her on the floor. He twisted her arm above her head as she was lying on the ground, attempting to fight back.

He let go of her and took a small handgun out of his bag and started to approach her but then put the gun into his mouth instead.

He sat on the couch with the gun still in his mouth, saying, “You did this to me, it’s your fault, I am never going to be able to get out of this,” the warrant alleges.

On Monday, the victim went back to Reardon’s apartment where they had another argument that led to him allegedly saying there was an intruder in his house making him feel unsafe. He took out a gun again and loaded it in front of her, according to the warrant.

She left the apartment as he pointed the gun toward the ground, according to the arrest warrant.

Officials from the Piscataquis County Sheriff’s Department are expected to make a statement on the case later on Thursday.

All questions about the case were directed to the district attorney’s office for Androscoggin, Oxford and Franklin counties, which did not immediately respond to requests for comment Thursday morning.

In 2015, Reardon — who was then the chief deputy of the Kennebec County Sheriff’s Office — became embroiled in a battle between former Gov. Paul LePage and the county’s Democratic committee tasked with recommending a new replacement sheriff.

The committee nominated Reardon to succeed Randall Liberty, who left the department to become warden for the Maine State Prison. Reardon had been serving as interim sheriff.

Going against Democrats’ recommendation, LePage instead nominated Ken Mason of the Lincoln County Sheriff’s Office to head the department. The move drew much criticism of the former governor who, under Maine law, was required to choose a successor nominated by the committee.

Mason had previously submitted his name to the committee for consideration but he was rebuffed. Amid the tension, he withdrew his name, temporarily relinquishing the position to Reardon, but later won the seat in the November election.