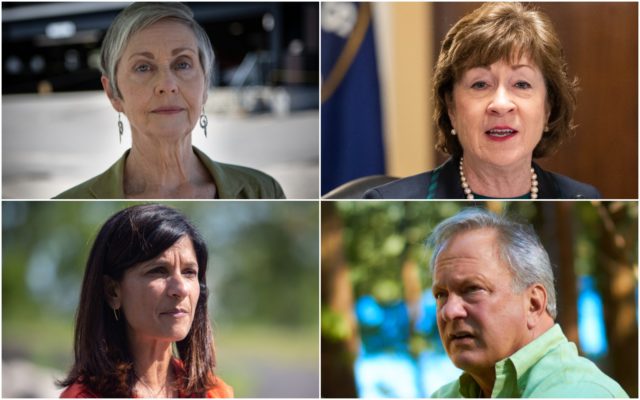 How to watch the first US Senate debate this Friday

Four candidates will vie to represent Maine in the U.S. Senate in a debate hosted by the Bangor Daily News, the Portland Press Herald and News Center Maine that will be televised across the state and streamed online on Friday.

The debate will be livestreamed on the BDN website, bangordailynews.com, on Friday, Sept. 11, at 7 p.m. Viewers can also watch it on television on News Center Maine and on the Portland Press Herald website. 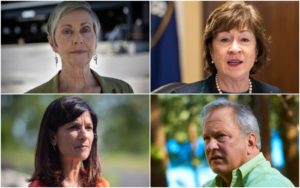 Fourth-term Republican Sen. Susan Collins, Democratic challenger and House Speaker Sara Gideon and independents Max Linn of Bar Harbor and Lisa Savage of Solon will participate in the debate, the first to be scheduled ahead of the Nov. 3 election.

It will take place at News Center Maine’s Portland studio and will be aired live and moderated by anchor Pat Callaghan. The candidates will appear in person, but without a live audience.

The race between the self-styled centrist Collins and the challenger Gideon in a Democratic-leaning state is a key target for the national parties in their battle for the Senate majority in a presidential election year. Gideon led by five percentage points in the last BDN poll, while Collins has easily won her last three elections.

BDN readers have been answering questions to inform a “citizen’s agenda” for the November elections, which will lay out the issues you care about most. The focus and questions for the debate will be informed in part by this agenda.