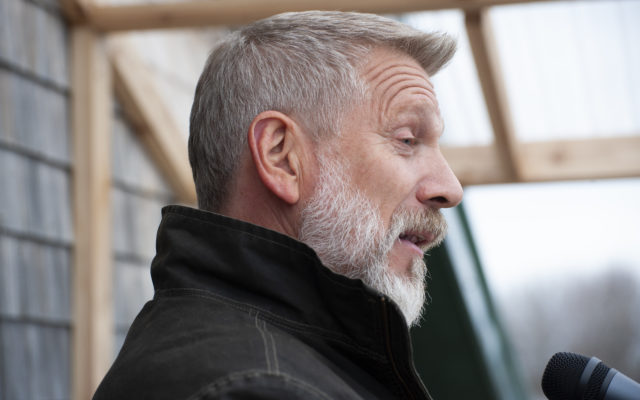 Most churches are following Maine’s COVID-19 restrictions, even as loud minority fights them

Charles Eichacker, Bangor Daily News Staff • September 5, 2020
While a small number of Maine churches have been publicly fighting the state’s limits on large indoor gatherings, they are greatly outnumbered by the hundreds of other congregations that have chosen to follow the rules that are meant to prevent the spread of COVID-19.   That small group of evangelical churches has made a loud show of pushing back against the state’s restrictions, which since early June have included a 50-person limit on indoor gatherings and a requirement that face masks be worn when physical distancing isn’t possible.

While a small number of Maine churches have been publicly fighting the state’s limits on large indoor gatherings, they are greatly outnumbered by the hundreds of other congregations that have chosen to follow the rules that are meant to prevent the spread of COVID-19.

That small group of evangelical churches has made a loud show of pushing back against the state’s restrictions, which since early June have included a 50-person limit on indoor gatherings and a requirement that face masks be worn when physical distancing isn’t possible.

Pastor Todd Bell of Calvary Baptist Church in Sanford has kept holding maskless, indoor services even after a wedding that he officiated in East Millinocket sparked Maine’s largest COVID-19 outbreak and some of his own parishioners were found to have the disease.

Calvary Chapel in Orrington has sued the administration of Gov. Janet Mills over its coronavirus restrictions and will argue its case before the 1st U.S. Circuit Court of Appeals in Boston this coming Wednesday after a federal judge sided with Mills in late May. Its affiliate church in Waldo County has recently broken Searsport town regulations by holding outdoor services that have drawn up to 200 worshippers.

They’re not alone. A number of other churches across the country have filed legal challenges against state coronavirus restrictions, including some in California and Minnesota backed by the Thomas More Society, a conservative legal group, according to the Associated Press.

But as in the rest of the country, a large majority of Maine churches have gone the other way and embraced the new rules, either because they wholeheartedly agree with the intent of stopping a deadly virus, or they simply want to stay within the bounds of the law.

The risk of the virus spreading through a house of worship is uniquely great, given that churchgoers are often packed like sardines into pews and doing activities such as praying, chanting and singing that can emit large blasts of infectious droplets from the mouth and nose. As of early July, more than 650 cases of the coronavirus were linked to 40 church and religious events across the U.S., according to the New York Times.

An overwhelming majority of U.S. adults agree that houses of worship should be subject to the same rules on gathering and physical distancing as other local businesses and organizations, according to an Aug. 7 report from the Pew Research Center. Evangelical Protestants showed the most support for giving churches flexibility, but even most of them — almost two-thirds — said houses of worship should follow the same rules.

Mirroring that data, most Maine congregations have avoided the risk of packed, in-person worship through some combination of limiting the attendance at indoor services, moving services outdoors and adopting video-conferencing programs that allow parishioners to worship from the safety of their own homes.

“We understand that part of what God is giving to us right now is an invitation to care for our neighbors,” said the Rt. Rev. Thomas James Brown, the bishop of the Episcopal Diocese of Maine. “One of the ways we can care for our neighbors is to do everything we can to slow and stop the spread of this virus. That means following every possible safety protocol.”

Brown said that the diocese has been working with its 59 churches and ministries across Maine to follow state guidelines laid out by Mills and Nirav Shah, director of the Maine Center for Disease Control and Prevention. “We are completely — all of us — committed to whatever the governor and Dr. Shah say,” he said.

Numerous other religious groups are also widely complying with the rules. All of Maine’s 141 Catholic churches “are following the state as well as additional diocesan protocols to maintain safety,” said Dave Guthro, spokesperson for the Roman Catholic Diocese of Portland.

Outside Christianity, a number of Jewish congregations are “very strictly following state guidelines,” with plans for virtual, outdoor or distanced services during the upcoming holidays of Rosh Hashanah and Yom Kippur, according to Trevor Geiger, marketing director for the Jewish Community Alliance of Southern Maine

And while the churches that have fought Mills’ restrictions are all evangelical, many of their counterparts do seem to be following those rules, according to Carroll Conley, executive director of the Christian Civic League of Maine.

On Friday, Conley surveyed the leaders of several Maine denominations — such as American Baptists, United Pentecostals and Church of God — who reported that “the vast majority” of their members “are conscientiously trying to comply” with the limits on in-person gatherings and social distancing, Conley said.

“I’m not saying there is not frustration or they may not agree, but the report from the nine or 10 denominations of evangelicals is they are compliant,” he said.

Based on the guidance from national organizations such as the Alliance Defending Freedom, the Christian Civic League of Maine is not currently recommending that its members use “civil disobedience” or legal challenges if they think that Maine’s restrictions infringe on their religious freedom, according to Conley.

“We’re not saying we would never do that,” he added.

Conley declined to address the specific health and safety threats that might come from Calvary Baptist Church holding in-person services and clearly flouting public health precautions even as some of its own members are sick or recovering from the coronavirus.

But he noted the real danger that’s posed by the coronavirus and said that Maine’s spiritual and governmental leaders are struggling to weigh those threats against the negative consequences for people who may rely on church to cope with mental health, substance use or other challenges.

“This is not a no-brainer,” he said. “I ask people to be gracious and pray for leaders trying to wrestle with both of these harmful things that we are facing.”