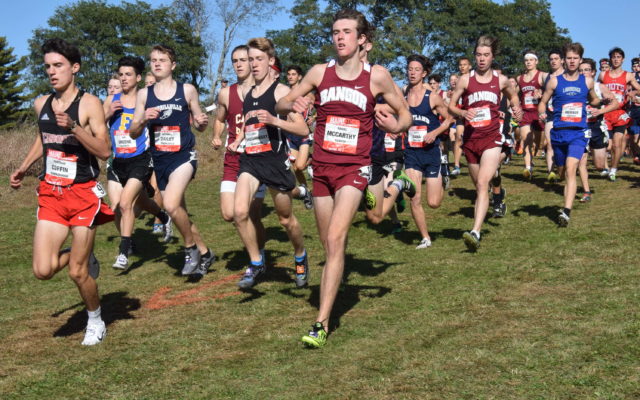 The Maine Department of Health and Human Services and Department of Education are recommending the Maine Principals’ Association delay its proposed starting date for fall high school sports in light of numerous areas of concern about the organization’s proposal for a return to play.

“Our review found that several elements in the MPA Guidance do not comport with the State of Maine rules,” the letter said.

Burnham on Tuesday afternoon said MPA officials are in the process of reviewing the state’s letter and are not yet ready to issue a response.

The MPA on Aug. 27 forwarded its proposal for a return to sports only hours before voting to move forward with the fall season. The state’s response means the organization must significantly alter its plans to conform with its own guidance for dealing with the COVID-19 pandemic.

Among areas of concern, the letter noted that the MPA guidance suggests spectators at events should be 3-6 feet apart, but fewer than 6 feet of spacing is prohibited for spectators according to the Department of Economic and Community Development’s community sports guidelines.

The MPA’s rules for the wearing of face coverings also drew scrutiny from the state review as being not fully consistent with state mandates.

The letter cites the lack of a formal connection between the MPA’s return-to-play recommendations and the plans developed by individual school districts in order to return students to classes this fall.

“The MPA Guidance is silent on the interaction with schools’ plans, despite these activities occurring on school grounds, using school services and supervised by school staff,” the letter said.

It described areas where the MPA guidance did not comply with previously established public health policy related to COVID-19 and points to recommendations in other guidance documents that it is urging the organization to adopt.

The letter does not suggest fall sports are a lost cause, but hinted playing might require some extreme measures.

“It is important to note that the State’s guidance related to physical activity does not indicate that sports must be canceled outright; rather, it has offered safe ways for participation,” the letter said, suggesting that might require some major modifications.

“If the schools had the resources like professional and some collegiate sports leagues to conduct frequent team testing and house teams separately to protect other students, school staff and their families, it might be possible to return to interscholastic competition safely,” it read. “Without that, such a return poses a risk of spreading COVID-19 across the state, within schools and to vulnerable people within communities.”

While the MPA recommendations adopt much of the language in the state’s community sports guidelines that were last updated July 16, the MPA proposal does not include modifications to play in sports based on risk. It said student-athletes in even the highest-risk sports such as football can compete as they did pre-COVID, including within-team competition, between local teams, between teams statewide regardless of the color classification of counties in the state’s School Health Advisory System, and between teams from out of state that are not exempt from Maine’s requirement for quarantine or testing.

Community sports guidance does not allow competitions other than intrasquad scrimmages for high-risk sports and the letter said travel combined with close contact in certain sports increases the risk of spreading the coronavirus.

“This is why colleges and universities in New England have largely canceled intercollegiate athletic competition this fall,” the letter read.

The state asked the MPA for its plans to modify its recommendations and urged the organization to further delay the start date to allow for sufficient time to resolve its concerns expressed and allow for appropriate time for implementation.

“This would also have the beneficial effect of allowing schools the opportunity to get their academic programs under way, which many school administrators, teachers and communities will likely appreciate,” the letter read.