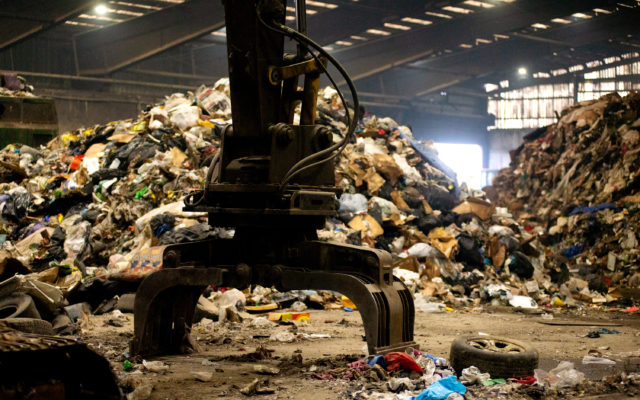 Charles Eichacker, Bangor Daily News Staff • August 5, 2020
A court-appointed receiver will now oversee the recently shuttered Hampden waste plant that owes tens of millions of dollars to a mix of contractors and creditors, including the bondholders that originally provided $52 million for the construction of the facility, according to recent court filings.     The Coastal Resources of Maine plant has failed to make any payments on those bonds and incurred many other additional debts, according to a legal complaint filed in late July by U.

A court-appointed receiver will now oversee the recently shuttered Hampden waste plant that owes tens of millions of dollars to a mix of contractors and creditors, including the bondholders that originally provided $52 million for the construction of the facility, according to recent court filings.

The Coastal Resources of Maine plant has failed to make any payments on those bonds and incurred many other additional debts, according to a legal complaint filed in late July by U.S. Bank, the trustee for the bondholders.

The debts include a $1.5 million loan that the plant received earlier this year from the group of municipalities that sent it their trash and at least $2.8 million that various contractors claim they are owed, according to the court filings.

Additionally, the company that owns part of the plant and developed its technology, Fiberight, has reportedly pegged the costs to close down the plant in late May at more than $600,000.

The Hampden facility stopped receiving trash after running out of cash to pay its operating costs and failing to secure an additional $14.7 million loan from its bondholders.

The $90 million enterprise ran into a number of development and operating challenges, including construction delays, new import restrictions from China that have made it harder to sell off baled recyclables and separate delays in the ability to sell off other materials that it makes from municipal waste. The plant’s other owner, the private equity firm Ultra Capital, has a roughly $28 million stake in the operation.

In its July 28 legal complaint, U.S. Bank accused the plant of defaulting on the terms of its bonds and sought the appointment of a receiver, which is an individual with wide authority to oversee the operations of a business or organization.

That was welcome news for the Municipal Review Committee, an organization representing the 115 communities that send their waste to the plant.

That group has been working to meet all the legal requirements for shutting down the plant and working to attract new investors to restart it. Four new entities have expressed serious interest in helping to restart the facility, according to MRC officials.

“We believe this is a positive step because up to now, all final decisions had to go through the bondholder trustee and legal counsel in Boston, which was not an efficient means of doing business,” the MRC said in a statement. “Having a Maine-based receiver will both relieve the MRC of tasks it had assumed in order to keep the plant secure as well as help move the process along more efficiently with any potentially new investors.”

The plant’s bondholders — whom the MRC has not publicly identified — have also recently reimbursed $175,000 to the MRC for its work to handle the closure, according to Bob Nelson, a Waldoboro selectman who is on the MRC’s board. The idled plant is now being overseen by a four-person crew hired by the bondholders.

Fiberight officials plan “to work with the receiver in a collaborative, cooperative and transparent manner going forward,” according to Shelby Wright, director of community services for Coastal Resources of Maine.

In an email, Wright said, “We plan to assist the receiver in his efforts to get the Hampden facility reopened as quickly as possible so that Coastal may resume all services to the communities that comprise the Municipal Review Committee (MRC) and serve the interests of Coastal’s vendors and suppliers.”

Wright did not respond to a question about whether Coastal Resources of Maine agrees with the total amount of debts listed in the recent legal filings from U.S. Bank.

The plant’s owners have filed a counter-lawsuit against the contractor that ran and staffed it, NAES Corp. NAES now alleges that Coastal Resources owes it more than $1.2 million for its services. Coastal Resources has acknowledged that it owes an unspecified amount to NAES, but blamed the Washington state-based contractor for a number of operating problems,

They include the Bangor-based environmental engineering firm CES, Inc. and the Maine construction firm that took over building the plant midway through the process: Bancroft Contracting. They also include CP Manufacturing, which produces recycling equipment, and SNC-Lavalin and Bluewater Energy, which are both firms that specialize in developing energy systems.