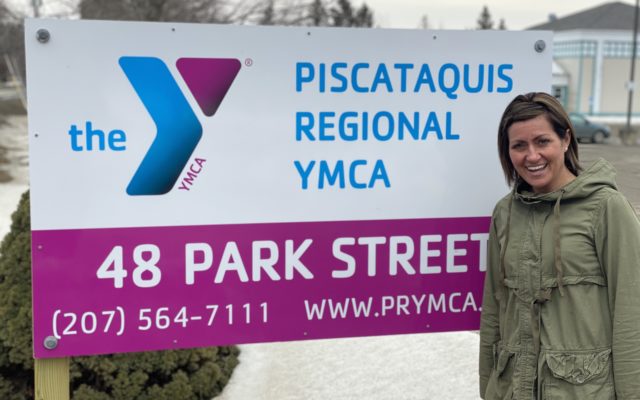 Piscataquis YMCA leader grows into job amid the pandemic

Ernie Clark, Bangor Daily News Staff • July 30, 2020
DOVER-FOXCROFT — Mandy Adams’ newest job didn’t get off to quite the start she anticipated.   Adams was hired as the new executive director/CEO of the Piscataquis Regional YMCA in Dover-Foxcroft on March 11 — just as the COVID-19 pandemic was arriving in the United States.

DOVER-FOXCROFT — Mandy Adams’ newest job didn’t get off to quite the start she anticipated.

Adams was hired as the new executive director/CEO of the Piscataquis Regional YMCA in Dover-Foxcroft on March 11 — just as the COVID-19 pandemic was arriving in the United States.

“I took the job and then a week later laid off my entire staff and worked for the next two months by myself,” she said.

The Piscataquis Regional YMCA remained closed until June, but these days the facility is gradually gearing up toward its new normal. 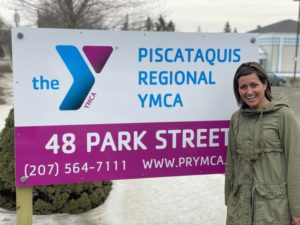 File photo courtesy of PRYMCA
LEADING THE Y — Mandy Adams has served as executive director/CEO of the Piscataquis Regional YMCA in Dover-Foxcroft since the second week of March.

Some staff has been hired back, at least on a part-time basis.

Various activities — including Wallyball — are underway, as are swimming lessons and water aerobics, though they’re being held at nearby Sebec Lake this summer while the Y’s pool is being cleaned and that area’s HVAC system is replaced.

The YMCA is home to new pickleball courts. Cornhole equipment is on the way.

And membership has remained largely stable despite the continuing contagion, with a little more than 1,000 in both June 2019 and June 2020.

“I think we have a really good, consistent following here,” Adams said. “When the Y was closed we got a lot of calls asking when we were going to open. People were anxious to come back, they were anxious for us to open and get going.”

Adams was named to the post about a year after she and her family moved to the region.

A former small-business owner, she came to the YMCA after working as an account executive for NewsCenter Maine.

One of her more recent projects at the television network was an ad campaign directly targeting Dover-Foxcroft, which in February 2019 had been named the most boring town in Maine by online magazine BestLifeOnline.com.

What Adams learned about the Piscataquis County shiretown while developing a series of announcements titled “My Kind of Boring” that focused on the many attractions in the region led her to seek out the YMCA job when it opened up in late 2019.

“I was really excited when I got the opportunity to become more involved in the community, “ she said.

But within days of being hired by the Piscataquis Regional YMCA, everything changed.

“I definitely remember thinking, ‘Oh my goodness, what just happened?” she said. “For anybody this was the unknown. Was I lucky to have a job? Yes. Hands down, I was extremely lucky to have a job but at the same time I didn’t know what was going to happen next.”

Adams’ plans to network directly with other YMCA CEOs around the state to learn more about her new job and further enmesh herself within the communities she now served fell victim to stay-at-home recommendations and social distancing.

Instead she learned from her peers through Zoom meetings while spending time most days at the office familiarizing herself with everything she could about the Piscataquis Regional YMCA.

“I was getting a feel for what my new job would be when this is over,” she said. “I can’t tell you if it was more difficult or not because you only know what you know. I don’t know what it would have been like had the pandemic not happened.

“So I just did what I know, and that’s full speed ahead. I don’t think I stopped for a second. I was eating, breathing and sleeping this place.”

The PRYMCA has resumed its regular business hours Monday through Saturday, and despite the continuing pandemic with its social distancing, face masks and emphasis on sanitization the return of each fitness class marks another step toward business as usual.

“I feel like we’re headed in a good direction,” Adams said. “I’m very optimistic. I think the membership numbers held strong and we have an incredible staff right now

“I think we’ll get through it, but it definitely looks different than I thought it would — for sure.”