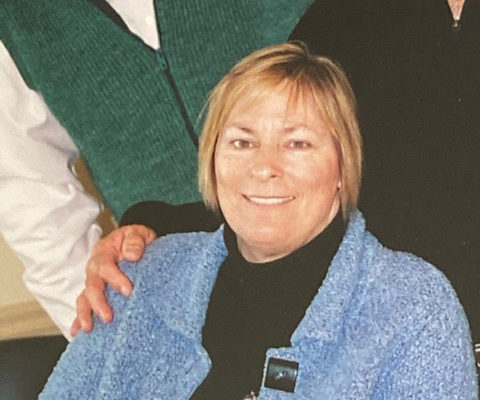 Daphne Sprague, whose accident at 17 sparked a life as a disability rights advocate, dies at 67

Emily Burnham, Bangor Daily News Staff • July 28, 2020
Daphne Sprague, a Maine educator and disability rights advocate who was the first quadriplegic person to attend the University of Maine after she fought to have the university admit her, died from complications from an infection on July 7 in Portland. She was 67.

Daphne Sprague, a Maine educator and disability rights advocate who was the first quadriplegic person to attend the University of Maine after she fought to have the university admit her, died from complications from an infection on July 7 in Portland. She was 67.

Sprague was born in Waterville in 1952 and grew up in Dover-Foxcroft, the second of five children, according to her obituary published on the Bangor Daily News website. As a child and teenager, she was a pianist, athlete and honors student at Foxcroft Academy. In 1970, at the age of 17, she was seriously injured in a car accident that left her a quadriplegic. After a year of hospitalization and rehabilitation, she returned home to Piscataquis County determined to finish her high school education and attend the University of Maine.

In 1971, nearly 20 years before Congress passed the Americans With Disabilities Act, many disabled students were not typically accepted into most colleges and universities. 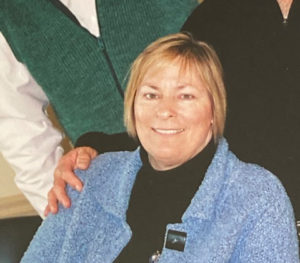 “The school didn’t even realize she was disabled at first, and at that point, they weren’t even sure they were going to let her attend. There were no laws that mandated that she be allowed in,” said her sister, Ashley Gallant. “She was a pioneer in that she convinced them that was the direction they needed to go in.”

Gallant said her sister refused to let her disability define her or keep her from doing what she wanted. She was also one of the first disabled people to live on campus.

“It was never a question of ‘Will you do this?’ It was a question of ‘When you do this,’” said Gallant. “She made people deal with her as a human being, and not as a person with a disability. She wanted to make sure inclusion was a matter of fact, and not an afterthought.”

Among the many things Sprague accomplished as a UMaine student and, after graduating in 1976, as UMaine’s first-ever coordinator for the Disabled Students Program, was to help make sure a number of buildings on campus became wheelchair accessible, including the Memorial Union and many dormitories. She also served as an adviser to disabled students, many of whom were among the first generation of disabled students to attend UMaine.

Her sister said Sprague also became one of Maine’s first quadriplegic drivers when she was able to purchase a custom van. Just a few years before that, however, she had to fight to get an electric wheelchair, instead of a manual one.

“Back in the early 70s, people didn’t think you’d need an electric wheelchair. They assumed you’d just stay home in the back 40 and that would be your life,” said Gallant. “She was not going to accept that.”

In 1979, Sprague and her husband, David, moved to North Yarmouth. Throughout the 1980s and 90s, Sprague continued her disability rights advocacy, serving as an adviser on many committees including the Governor’s Task Force on Long Term Care for Adults, the 1980 Ad Hoc Committee on the Physically Disabled, and the Governor’s Committee on the Employment of the Handicapped. She also worked for Alpha One, a nonprofit that helps disabled people live independently, and spoke regularly at events and conferences throughout the state. In 2015, Sprague was featured on a panel in Portland celebrating the 25th anniversary of the Americans With Disabilities Act.

In 1997, Sprague went to work for MSAD 51 in Yarmouth as a math and literacy educational technician for fourth and fifth graders, and also oversaw the student newspaper for Greely Middle School, the Greely Gazette, which became one of its most popular extracurricular activities. She worked for the school right up until her death.

“She influenced the success of countless elementary students throughout her career,” said Greely Middle School 4-5 principal Carol MacArthur. “Not only helping them to develop their academic skills, but more than that; she taught students to believe in themselves and their potential. She was a gem.”

Sprague and her husband raised a son, Ethan, and traveled all over the state of Maine. According to her obituary, she painted watercolors, enjoyed gardening and cooking, learned to play the dulcimer and studied Eastern philosophies and alternative healing.

Gallant said that although her sister was a force to be reckoned with, she did not seek the limelight or any special attention.