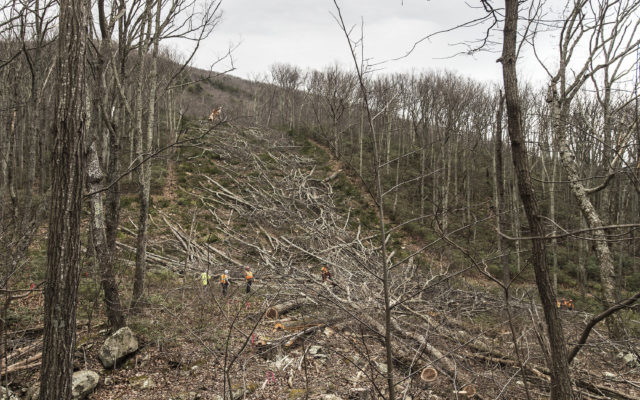 WASHINGTON, D.C. — On July 22 the U.S. House of Representatives passed the Great American Outdoors Act, a bipartisan bill co-sponsored by U.S. Sen. Susan Collins, R-Maine to provide full funding for the Land and Water Conservation Fund (LWCF) and to address the deferred maintenance backlog at national parks, national wildlife refuges and national forest lands. The legislation, which passed the Senate by a vote of 73 to 25 last month, now heads to President Donald Trump’s desk to be signed into law.

In June Collins spoke from the Senate floor to urge her colleagues to pass this important bipartisan legislation. In addition Collins, the Great American Outdoors Act was introduced by U.S. Sen. Angus King, I-Maine, eight others and has 59 Senate cosponsors.

This landmark legislation provides permanent and full funding for LWCF and also includes the Restore Our Parks Act, which would address the nearly $12 billion maintenance backlog in national park including Acadia National Park.

“The Great American Outdoors Act will help to ensure both current and future generations can enjoy the pristine beauty of our natural resources in Maine and across the county,” said Collins. “By providing guaranteed funding for LWCF, this legislation builds on our recent accomplishment of permanently reauthorizing our country’s most successful conservation and outdoor recreation program. Its funding has been used to open up key areas for hunting, fishing, and recreational access; support working forests and ranches; protect critical lands in national parks, national wildlife refuges, and national forests; and support state and local projects, from ballparks to recreation trails. It would also allow the National Park Service and other federal agencies to complete much-needed repairs and maintenance.”

“Today, we are one step closer to a landmark achievement that will protect America’s natural treasures for future generations,” said King. “These public lands have been passed down from generation to generation, creating an untold number of lifelong memories. Unfortunately, we’ve fallen short on our responsibility to protect these lands for too long, leaving the National Park Service with a $12 billion backlog of maintenance projects in national parks from Acadia to Zion, and regularly allowing funding for the widely popular LWCF to get caught up in unrelated political squabbles.

“The Great American Outdoors Act is monumental legislation that will shift the way we think about conservation in our country, making major progress in the effort to preserve these lands for future Americans,” he continued. “The overwhelmingly bipartisan vote showed just how much this issue transcends politics – because a sunrise from Cadillac Mountain inspires the same awe in everyone, no matter how you vote in November. These lands are a great unifier – a distinctly American legacy, that we inherited from those that came before us. I’m thrilled that the House has passed our legislation, and look forward to seeing the landmark legislation enacted into a landmark law in the days ahead.”

“Now, perhaps more than ever, Americans are showing how essential it is to be able to access public land and water for both physical and mental health,” said John Judge, president and CEO of the Appalachian Mountain Club. “AMC applauds the strong bipartisan support for the Great American Outdoors Act and urges swift passage to permanently and fully fund the Land and Water Conservation Fund and address the backlog of maintenance on our public lands. In doing so, Congress will support our nation’s vibrant recreation economy and local communities, and help ensure that everyone will be able to reach a park, forest, or trail near them to enjoy time in the outdoors that is truly restorative.”

Collins has led efforts to support LWCF for more than a decade. In 2005 she, along with former U.S. Sen. and Interior Secretary Ken Salazar, led bipartisan efforts in the Senate to secure funding for the LWCF stateside program.

Over the last five decades, Maine has received more than $191 million in funding from LWCF. Examples of LWCF funding include Orbeton Stream, a Forest Legacy project in the High Peaks region of Franklin County and the Rachel Carson National Wildlife Refuge in Wells. Of the more than 850 LWCF sites in Maine, 650 are community-based projects from Riverside Park in Fort Kent to Haley Soccer Fields in Kittery.

The Restore Our Parks Act would establish the “National Parks and Public Land Legacy Restoration Fund” to reduce the maintenance backlog at our national parks, national wildlife refuges, and national forest lands by allocating existing revenues the government receives from on and offshore energy development. This funding would come from 50% of all revenues that are not otherwise allocated and deposited into the General Treasury not to exceed $1.9 billion each year for the next five years.

The passage of the Great American Outdoors Act has been met with widespread support by conservation organizations and advocates.

Andrew Bossie, executive director of Friends of Katahdin Woods and Waters, said “Katahdin region communities are eager to see the economic benefit from our new national monument and this bill will help ensure that infrastructure is maintained so visitors to Katahdin Woods and Waters have a safe, enjoyable experience and spread the word about the beauty to behold beyond the park gates, now and in the future. We’re grateful for Senator King’s leadership on the Great American Outdoors Act and supporting our public lands.”

Environment Maine’s State Director Anya Fetcher said, “From camping under the stars in Acadia to paddling the Allagash River, our parks and public lands make life better here in Maine. In them we can build sandcastles at the beach, camp in the mountains, stargaze in dark sky sanctuaries, and catch our annual moose sighting. Our parks protect the clean water we depend on and provide a home for some of Maine’s most wondrous wildlife.

“The Great American Outdoors Act embraces what we all know to be true: protecting and enhancing our public lands is an essential part of the American ethos. By locking in $900 million a year for outdoor projects, plus providing a short-term infusion of money to address maintenance issues, the House is reaffirming that commitment to the natural world.

“With today’s passage of this bill, we’re one step away from putting a lock and key on funding that has always been intended for conservation projects — yet consistently diverted to other purposes. We’re closer to adopting a new consciousness  for today’s world — that our lives are made richer if surrounded by more nature, rather than more extracted resources.

“We applaud the House’s bipartisan passage of the Great American Outdoors Act, and ask that President Trump sign this important bill.”