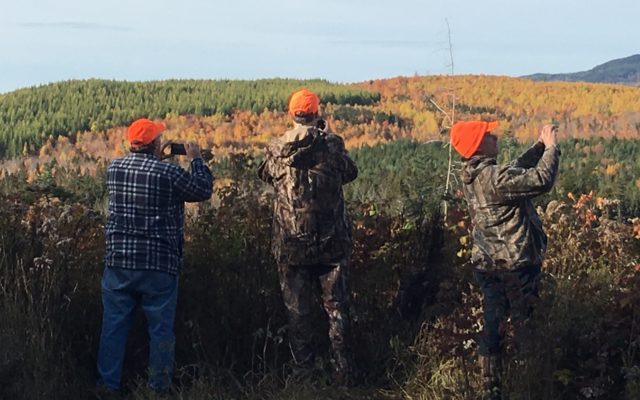 John Holyoke, Bangor Daily News Outdoors Editor • July 17, 2020
For years after its announcement in 2005, conservationists and some Moosehead Lake area residents battled a development plan that they say would have changed the character of the region forever.   That plan, which was developed by land owner Plum Creek, was eventually approved by state regulators in a fight that went all the way to the Maine Supreme Judicial Court.

For years after its announcement in 2005, conservationists and some Moosehead Lake area residents battled a development plan that they say would have changed the character of the region forever.

That plan, which was developed by land owner Plum Creek, was eventually approved by state regulators in a fight that went all the way to the Maine Supreme Judicial Court.

That development, you may have noticed, never happened. The economic downturn in 2008 and 2009 is widely blamed for that turn of events. 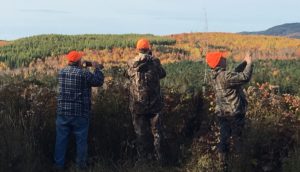 File photo
Even moose hunters can turn into sightseers on the roads that lead into timberlands near Moosehead Lake.

In fact, Plum Creek doesn’t even exist anymore — it was purchased by Weyerhaeuser in 2015.

On July 15, with little fanfare, the Maine Land Use Planning Commission approved Weyerhaeuser’s petition to terminate that plan.

All of which leaves us asking, what’s next?

The Natural Resources Council of Maine, the chief opponent of the development plan, will certainly be involved.

“We look forward to seeing the community, stakeholders, and LUPC come together to think long-term about conservation and economic development around Moosehead Lake. Let’s work together to do all we can to help ensure things get done right,” NRCM forests and wildlife director Melanie Sturm said on Thursday.

NRCM’s constant pushback on the original plan played a key role during that contentious time.

And while the plan has been terminated, the public benefits that were part of the finished document will remain, Weyerhaeuser’s Luke Muzzy said in a 2019 letter explaining the company’s petition.

What did outdoor recreationists gain? Well, they’ll still be able to use 363,000 acres that will remain in a conservation easement forever, and 81 miles of snowmobile trails, along with 121 acres of hiking trail easements.

That’s just some of what was outlined in the plan, and those benefits won’t disappear. Those agreements remain in effect, Muzzy said.

In the months and years ahead, Moosehead Lake residents, along with those who love the area, will have the chance to once again determine what they want their future to be.

“This is an opportunity for the Moosehead community and the LUPC to breathe new life and economic vitality into the region,” Sturm said. “Well-planned development concentrated around existing development that recognizes the potential richness of outdoor and tourism economic sectors for Moosehead could be the ticket to a bustling economy without sacrificing sensitive habitat and wildlife.”

During the last fight for the future of Moosehead, those of us who enjoy recreating in the area were left wondering how that plan would affect our favorite activities.

My visits to the region have involved bird and moose hunting, as well as fly fishing, leaf-peeping and wildlife watching. I was among those who feared the kind of widespread change that was expected.

My friends and I have shared fantastic times and made lasting memories on the dirt roads that lead deep into the woods around the state’s largest lake. On many of those drives, we’ve pulled over atop hills, gazed out into the distance, and been amazed that we can’t see another road, or building, or person for miles in any direction.

We’ve also enjoyed knowing that if we need any vital supplies, a trip to town will only take a few minutes.

Moosehead’s wilderness character has been drawing adventurous souls for generations. Greenville is the gateway community, and its economic health is vital.

“NRCM is cautiously optimistic that abandoning the concept plan, which we believed allowed too much development in the wrong places, is a positive turning point,” Sturm said.

Here’s hoping she’s right. And here’s hoping that all of us who love visiting the Moosehead region will continue to find the kind of awe-inspiring adventures that we’ve grown to expect.