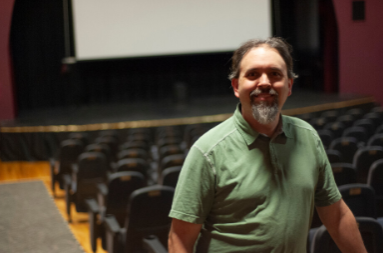 Ernie Clark, Bangor Daily News Staff • July 5, 2020
Movie theaters around Maine may be back in business under Gov. Janet Mills’ third phase of reopening the state’s economy, but regrouping from the COVID-19 pandemic isn’t a matter of just unlocking the front door.

Movie theaters around Maine may be back in business under Gov. Janet Mills’ third phase of reopening the state’s economy, but regrouping from the COVID-19 pandemic isn’t a matter of just unlocking the front door.

For independent outlets like the Center Theatre in Dover-Foxcroft, a big challenge is scheduling movies — in addition to the physical changes in seating to provide social distancing and in cleaning protocols to directly address the coronavirus threat in the theater. 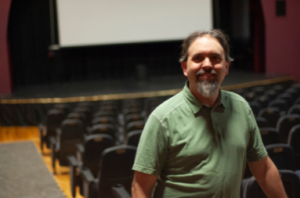 First-run movies are scarce because distributors want to make their new films available when more of the country’s theaters are open.

“There’s nothing much to show at the moment,” said Patrick Myers, executive director of the nonprofit theater. “The challenge is we can open up but what are we going to show?”

Disney’s “Mulan,” for instance, was supposed to be one of this year’s biggest blockbusters and was scheduled for a March release. But that opening has been pushed back twice — first to July 24 and now to Aug. 21.

And the release of the first movie originally set to be shown for Center Theatre’s scheduled July 10 reopening, “Unhinged” — a road-rage thriller starring Russell Crowe — now has been delayed three weeks by its distributor, Solstice Studios, to a July 31 debut.

The Center Theatre instead will show “The Truth,” an independent film starring Catherine Deneuve, Juliette Binoche and Ethan Hawke, during its opening weekend.

Other films slated for an early 2020 debut have been released directly to the home market, thus foregoing the big screen altogether.

“But most of the distributors are just pushing their releases further back, trying to figure out  when most theaters will be open to show their films while also trying to take the temperature of the public as to when people are going to be comfortable going out to see the movies at all,” Myers said.

Seating at Maine movie theaters as of July 1 is limited to 50 people in a shared space, according to the governor’s directive, or less than 20 percent of the 264-seat capacity of Center Theatre’s main auditorium.

Still, any gathering at Piscataquis County’s only movie theater likely will be a much bigger crowd than family night on the couch or the occasional full car at a drive-in show during this new age of social distancing.

So theater officials, like other business owners who rely on walk-in traffic for economic success, will do what they can to ease the fear of the invisible pandemic.

“We’re going to require masks in the lobby and obviously limit the number of people in the auditorium, seating them in every other row with seats between each party,” Myers said.

Plexiglas shielding near the box office and concession areas, reminders of the 6-foot social distancing standard and an increased attention to even smaller details like how concessions are distributed also will become norms of the new movie experience.

“And that doesn’t even touch on all the cleaning protocols we’re putting in place,” Myers said. “People will come in to see a show, and while they’re watching a movie we’re going through the lobby cleaning all the surfaces, cleaning the bathrooms, and then when the movie lets out we’ll go in and disinfect the auditorium so it’s safe and clean for the next group coming in.

“There’s a lot that needs to happen for us to feel safe opening the theater so our customers will feel safe coming into it.”

Myers said his theater will encourage online ticket sales so consumers can be assured of getting a seat, and said additional online ticketing fees will be eliminated.

“Like everyone else we’re waiting to find out how the public feels about coming to the movies,” he said. “We want people to come to the movies if they feel safe, but we also understand that for a lot of people this is not the right time for them to come back and see the movies.”

Myers said Center Theatre averages fewer than 50 customers per activity, which range from movie showings and live theatrical performances to concerts and comedy shows — just 11 tickets remained as of Tuesday morning for a series of four shows by Maine comedian Bob Marley scheduled for July 18.

That means customers shouldn’t be scared off by a reduced seating capacity for any given event, particularly given the smaller margin between profit and loss for the theater.

Myers added that high consumer demand with the revised seating capacity could result in the additional show times, though he would have to schedule enough time between those shows to clean and sanitize the auditorium before the next crowd enters.

“If we do have to adjust to lower overall attendance, it’s going to be a big change for the foreseeable future.”