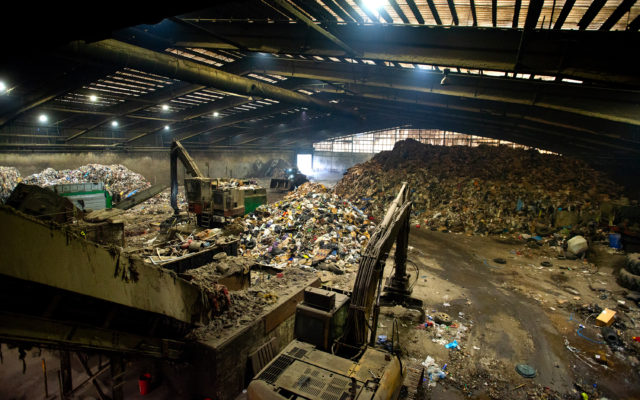 Matt Stone, Bangor Daily News Staff • July 1, 2020
The 115 towns that have been sending their trash to landfills over the past month since the closure of a new waste processing plant in Hampden will instead temporarily send three-quarters of their trash to the incinerator that accepted the towns’ waste until 2018.   Meanwhile, the company behind the shuttered Hampden plant is fielding inquiries from a number of companies that have expressed interest in buying a stake in and restarting the facility.

The 115 towns that have been sending their trash to landfills over the past month since the closure of a new waste processing plant in Hampden will instead temporarily send three-quarters of their trash to the incinerator that accepted the towns’ waste until 2018.

Meanwhile, the company behind the shuttered Hampden plant is fielding inquiries from a number of companies that have expressed interest in buying a stake in and restarting the facility. The plant ran commercially for about six months before putting operations on hold at the end of May when it couldn’t secure a $14.7 million loan to keep running.

The developments come as towns that belong to the Municipal Review Committee — which represents the 115 towns and cities across much of eastern and northern Maine — have told the group that they don’t want their household waste to continue going straight to the Crossroads Landfill in Norridgewock and the Juniper Ridge Landfill in Old Town. The state Department of Environmental Protection has also said it would like to see the towns dispose of their waste in a less environmentally damaging manner while the Hampden plant, run by Coastal Resources of Maine, is shut down.

Starting Wednesday, 75 percent of the waste the 115 towns and cities generate will go to the Penobscot Energy Recovery Co. incinerator in Orrington, which burns trash to generate electricity and processed the towns’ waste for about three decades until 2018. The towns will pay the same disposal fees.

The remaining 25 percent will go to Crossroads Landfill, which by contract is the destination for waste the Coastal Resources of Maine facility can’t accept. But Waste Management, which runs the landfill, agreed to allow three-quarters of that waste to go to PERC instead, said Mike Carroll, executive director of the Municipal Review Committee.

“This is not something they had to allow, and it’s actually a substantial revenue loss for them,” Carroll said Wednesday during an online town hall on the region’s waste situation.

The PERC facility has remained open and made upgrades even as it has stopped receiving waste from most of its sending towns and favorable rates for the electricity it produces.

The $90 million Coastal Resources of Maine facility ran into financial troubles due to a number of factors, including construction that took more than a year longer than planned, delays in receiving state permits to sell some of the byproducts it produces from waste and the evaporation of a deal with a Canadian paper company that wanted to buy the plant’s pulp due to the coronavirus pandemic.

The bondholders with a majority financial stake in the Hampden plant recently decided against extending a critical $14.7 million loan that would have allowed the plant to keep paying its bills and make upgrades.

The Municipal Review Committee has issued a notice to warn the Hampden plant that it is defaulting on its contractual obligations to accept the towns’ waste, but it hasn’t exercised its option to terminate the contract.

“It was doing the job that we had asked of it when it closed,” said Sophie Wilson, the town manager of Orono and a Municipal Review Committee board member. “It was not a technical issue.”

They include companies in the waste and pulp and paper industries, he said, adding that he can’t disclose the names of any yet.

“We’re looking for teams that can bring everything to the table that’s needed to reopen the facility,” he said. When news came out about the Hampden plant’s shutdown, he added, “the phones started ringing from entities across the country, not only in Maine.”