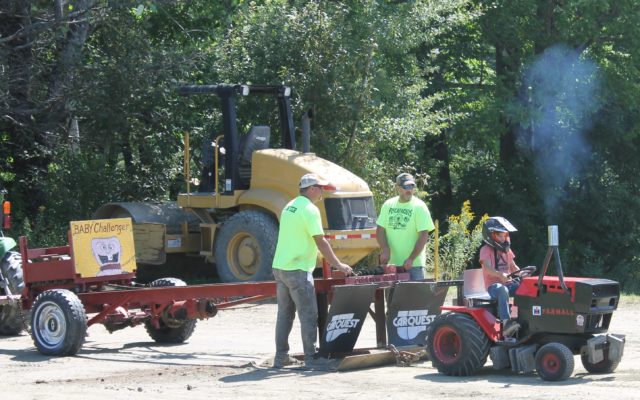 Ernie Clark, Bangor Daily News Staff • June 3, 2020
The 133rd edition of the Piscataquis Valley Fair in Dover-Foxcroft has been postponed until next year due to factors related to the COVID-19 pandemic. The fair, originally scheduled for Aug. 27-30, will be held next on Aug. 26-29, 2021.

DOVER-FOXCROFT — The 133rd edition of the Piscataquis Valley Fair in Dover-Foxcroft has been postponed until next year due to factors related to the COVID-19 pandemic.

“Our first priority is the health and safety of our community and volunteers as well as the thousands of visitors who come to our fairgrounds each year,” wrote the Piscataquis Valley Fair Association in a Facebook post.

“We have been conversing with our insurance company, vendors, state officials, the Department of Agriculture and many others about our fair. It would be near impossible to follow the Maine CDC guidelines for social distancing and PPE [personal protective equipment] considerations in order to ensure everyone’s safety.”

Piscataquis Valley Fair Association president Rusty Weymouth said his organizing committee had been considering the fate of this year’s fair since March, when the coronavirus first took hold around the country.

“We started having discussions about it right after the governor declared the state of emergency,” he said. “We held off our decision until [Tuesday] night, but it was just time.”

The fair association will continue to improve the fairgrounds this year with an eye toward 2021 after what he described as a “good” run with increased attendance in 2019, Weymouth said.

The Piscataquis Valley Fair becomes the latest of the annual agricultural fairs around Maine to cancel its 2020 dates.

The Fryeburg Fair, the state’s largest, announced it would forego its 2020 schedule on Monday. Similar decisions were made last month to cancel the annual Bangor State Fair and shift the Common Ground Country Fair in Unity online. And before that, the fairs in Presque Isle and Houlton also were canceled.

Among the events whose 2020 fate has yet to be determined is the longest continuously operating agricultural fair in the country, the Skowhegan State Fair.

The Skowhegan fair’s board of directors met this week, according to a statement on the fair’s website, and plans to make a final decision no later than the first week of July about whether to hold this year’s event.

“At this point all options remain on the table,” the statement said. “First and foremost we are committed to continuing our run as the nation’s oldest continuous agricultural fair — even if that means a small-scale agriculture event with limited attendance.

“Our hope is that we’ll be able to safely and responsibly hold a large event. We’d love nothing more than to give the community its full-scale annual fair.”