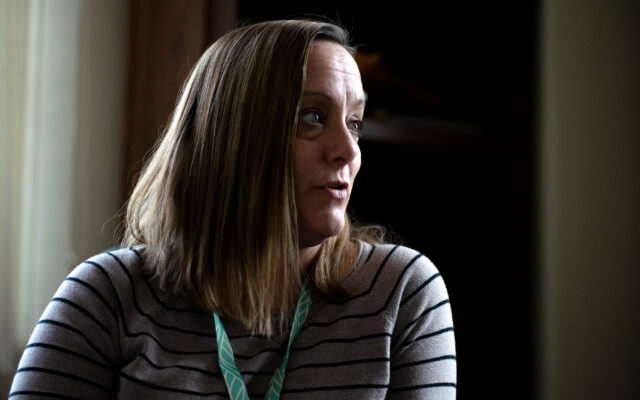 Her work may be the answer for eliminating homelessness

Contributed • December 8, 2022
By Kathleen O’Brien, Bangor Daily News Staff After working with Bangor’s homeless population for nearly 20 years, Jen Weatherbee no longer trudges through snow looking for unsheltered people to offer them help. In her new role, she sits at a desk making calls, sending emails and gathering data, but she knows she’s on the road to ending homelessness in the area.

After working with Bangor’s homeless population for nearly 20 years, Jen Weatherbee no longer trudges through snow looking for unsheltered people to offer them help. In her new role, she sits at a desk making calls, sending emails and gathering data, but she knows she’s on the road to ending homelessness in the area.

Since March, Weatherbee has been leading an initiative in the Bangor area that city officials are counting on to help rein in a growing homeless population and connect its members with services and housing. The idea behind Built For Zero is to reduce an area’s homeless population to “functional zero” — where homelessness is rare and brief — through improved data collection on the homeless population and its needs and improved coordination among social service providers so unsheltered residents can access help.

Weatherbee is the homeless response coordinator who oversees Built For Zero’s efforts in Penobscot and Piscataquis counties, which is one of nine Built for Zero hubs in Maine. Most of her initial work, however, has centered around Bangor.

Most recently, Weatherbee and other outreach workers have been going into encampments in Bangor to gather information on people experiencing homelessness. With permission, crews gather their names and ask them how long they’ve been unhoused, what services they need and what services they’ve accessed thus far, if any. Shelters gather the same information from people who enter their doors, she said.

Though this data collection started in mid-October, Weatherbee has counted nearly 200 people experiencing homelessness in Bangor.

“We’re collecting better data than we ever have because we’re able to reach people we haven’t been able to count before,” Weatherbee said. “We’re able to assess them and get a full picture of who’s experiencing homelessness, what their needs are and where the gaps are.”

This list of names — called a by-name list — which is updated as people’s situations change, will be the foundation Built For Zero uses to assess needs across Maine, and gain state and federal funding to tackle homelessness.

The information provides a more accurate picture of the region’s homeless population than the annual, federally required point-in-time survey conducted by the Maine State Housing Authority, which happens one night a year in late January, MaineHousing spokesperson Scott Thistle said.

“That number that they come up with from that night becomes the basis for the vast majority of the federal funding we get to respond to homelessness in Maine,” Thistle said. “I think everyone agrees it’s not a very valid data point.”

In addition to gathering data, Weatherbee organizes weekly meetings for service providers to review the growing list of people experiencing homelessness. The team evaluates each person’s needs and develops a plan to connect them with the right resources, she said.

Service providers can follow up with people on the list when resources, such as a bed in a shelter or mental health treatment, become available, said Boyd Kronholm, executive director of the Bangor Area Homeless Shelter.

Weatherbee has previously held a handful of positions helping unsheltered people and connecting them with housing, both in the Bangor area and southern Maine.

Though she misses her days of seeking out people in encampments to evaluate what they need and how to help, Weatherbee believes that experience has led her to her current position.

“I wouldn’t say this was the job I dreamt of as a child, but this has been the direction my career has gone and it makes complete sense for me to be here and I couldn’t be happier,” she said. “It’s exciting to be part of this change and it’s fulfilling in different ways.”

Kronholm, who has worked with Weatherbee in her previous roles, said her boots-on-the-ground experience gives her a unique understanding of the people who need help as she captains Built For Zero locally.

“It’s a role she’s inventing since it hasn’t existed before,” he said. “The experiences she brings from working with people face-to-face serve her well in this new role.”

When she’s not compiling information, Weatherbee is in constant contact with shelters, providers of mental health resources and other agencies in Penobscot and Piscataquis counties aiming to better coordinate services for people experiencing homelessness. Weatherbee said this is a far cry from before, when there was “no communication and a lot of duplication of resources” among service providers.

Despite the progress she’s seeing, Weatherbee’s job is mostly invisible to the public, so she understands and shares their frustration when it feels like nothing is being done to help Bangor’s most vulnerable population.

“I know if I wasn’t doing this work, I’d feel frustrated and have questions, too,” she said. “It took us a long time to get us into this situation, and it’s going to take us time to get out of it, but this coordinated system change is what’s going to get us to a long-term solution.”

It’s also important to remember that, while Built For Zero is a proven strategy to address homelessness, it is not a crisis response measure, Thistle said. Its mission is to create a response plan so people can connect with the right resources and not slip through the cracks when they become homeless. But that takes time.

“When an encampment needs to be dismantled, Jen’s job isn’t to go out and find a place for those people to live,” Thistle said. “Her job is to create a behind-the-scenes network for all those resources to be connected. She has an enormously important job to do, and she has done a great job so far.”

It can be frustrating for Weatherbee to not see immediate results from her work, but gathering data and connecting resources form the foundation needed to make sweeping, long-lasting change.

In time, Weatherbee believes Bangor can achieve that “functional zero” level of homelessness.

“I think it’ll take time and we’re just at the beginning, but I absolutely think it’s achievable,” she said. “We have something special here in Bangor. I know we have a large number of people experiencing homelessness, but we also have a lot of organizations that are in this fight.”