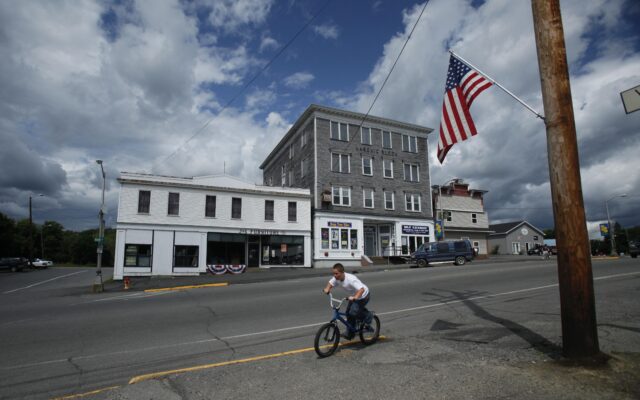 Valerie Royzman • November 12, 2022
MILO — The Milo Water District was fined $46,000 and will have to take corrective actions after the Maine Department of Environmental Protection discovered a number of discharge-related violations at its wastewater treatment facility. The water district provides wastewater collection and treatment to the Piscataquis County town.

MILO — The Milo Water District was fined $46,000 and will have to take corrective actions after the Maine Department of Environmental Protection discovered a number of discharge-related violations at its wastewater treatment facility.

The water district provides wastewater collection and treatment to the Piscataquis County town.

Milo is authorized to discharge a monthly average of 0.39 million gallons per day of secondary treated sanitary wastewater to the Piscataquis River, according to the Maine DEP’s monthly enforcement report, released Wednesday.

The agency found that Milo discharged wastewater from locations other than those approved and failed to report sanitary sewer overflows, among other violations, after multiple inspections — including those on Nov. 28, 2018, and May 15, 2019 — and an investigation of Milo’s records in 2019.

After violating Maine’s Pollution Control Law and conditions of its license, the Milo Water District agreed to pay a $46,000 civil monetary penalty to the state, with all but $5,000 conditionally suspended so long as the town takes actions to correct its errors. That means the water district has to take a serious look at how its wastewater treatment plant operates, including its finances.

When the water district signed the agreement Aug. 9, it sent the $5,000 portion of the penalty, Maine DEP Deputy Commissioner David Madore said Thursday.

Milo discharged wastewater that exceeded the limits outlined in its license, failed to maintain accurate records in the lab, reported inconsistent data and submitted inaccurate discharge monitoring reports, according to the report.

It also shut off the flow meter and recording device, which created a discrepancy between the flow meter records and actual amount discharged, and used a flow meter at a pump station that wasn’t able to accurately record the effluent flows, the report said.

The Maine DEP is requiring the water district to develop an interim sewer system annual budget and implement a method of recording and tracking complaints, sanitary sewer overflows and other malfunctions.

The water district must also submit a capital improvements plan, revised operating budget and more, which is outlined in the report. Staff and board members will need to be trained on permit requirements.

The water district has completed tasks on time up to this point, Madore said.